The Daily Digest is back by popular demand! You might even say some members of TTAG’s Armed Intelligentsia have wood for the feature. Which is a pretty horrible, sexist way of introducing our first story: New Scientific Breakthrough Makes ‘Super Wood’ that can Stop a Bullet . . .

The team from the University of Maryland are taking a natural material and making it ten times tougher. Their chemical treatments may soon take soft woods, like pine, and make these fast-growing trees much more useful.

“This new way to treat wood makes it twelve times stronger than natural wood and ten times tougher,” says Liangbing Hu, head of the research team said in a press release. “This could be a competitor to steel or even titanium alloys, it is so strong and durable. It’s also comparable to carbon fiber, but much less expensive.” Gun News of the Week: American Gunmakers Poised For Growth (Even Without Obama, Hillary) – Unfortunate timing and choice of photo for Outdoor Life, if you know what I mean . . .

While early indicators show declining gun sales in 2017 following the election of Second Amendment-friendly Donald Trump as president, “the industry seems positioned to begin growing again,” writes John Sommers of Reuters, who reports some experts predict the firearms business will return to an upward trajectory and could even eventually eclipse 2016.

“The numbers clearly will come back from the current levels,” Moody’s financial analyst Kevin Moody told Sommers. “Will they ever surpass 2016 levels? I don’t know. Maybe over time, but a lot of that will depend on politics.” A week ago, the Twin Cities welcomed an estimated 125,000 people from across the country to experience all that we had to offer and celebrate an American tradition. Thanks to the Twin Cities, U.S. Bank Stadium, 10,000 volunteers and the work of law enforcement, Super Bowl weekend was safe, with none of the major incidents that can come with a huge influx of visitors.

One of the biggest events of the year went off without any major clashes in part because of Minnesota’s standards on concealed carry. Our common-sense Minnesota gun laws allowed our police officers to do their jobs and allowed football fans to partake in festivities without fearing for their safety. 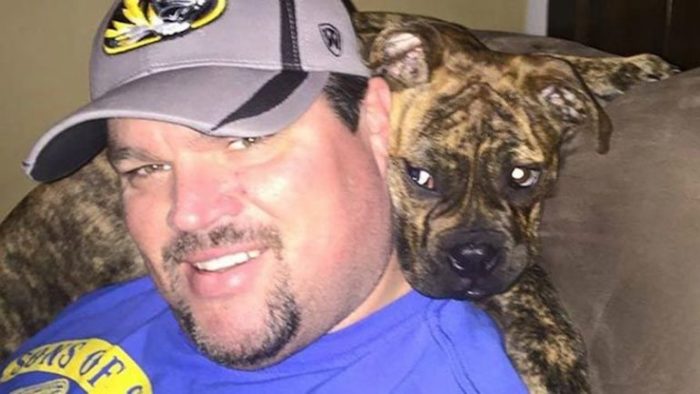 Beary and the alleged gunman reportedly exchanged numbers after talking about construction jobs. As Beary (above) was leaving, according to Leavy, he allegedly jokingly told the shooter not to have hard feelings regarding their disagreement.

The witness claimed that the gunman called Beary a rude name, and added that Beary allegedly threw a punch and the suspect then fired.

The suspect is not yet facing any charges due to insufficient evidence, despite four hours of surveillance video and more than 20 interviews from those who witnessed the incident, St. Louis County Prosecuting Attorney Bob McCulloch said. Republican, Democrat team up to restore voting and firearm rights to Iowa’s felons – One side wants gun rights restoration, the other votes. Fair enough? . . .

Wolfe said the bill is a work in progress, but that it seeks to restore felons’ right to vote after they have completed their sentence, including probation. Currently, they can apply to the governor’s office to have their rights restored, but Wolfe said it’s a cumbersome process and does not always result in a restoration of rights.

For firearms, the bill would allow those convicted of most Class “D” felonies to apply to the Department of Public Safety to have their gun rights restored 10 years after the offense occurred. The applicant could have no pending criminal charges or felony convictions during that time and must be otherwise be legally allowed to carry firearms.

“I really do believe that they’re all rights,” Wolfe said. “And while some are more important than others to certain people — for good reasons— in the end, unless we’re willing to stand up for all of them, then you lose credibility.”

“ATF can’t go shut down the people who are selling these parts because these parts are not regulated,” said Colbrun.

There’s no limit on the number of ghost guns one person can own.

“It’s really up to those companies to be responsible,” Colbrun said. “They’re the ones that are going to have to live with themselves.”

A 50-year-old gun law makes homemade guns legal to own, and the only way to regulate the firearms is for Congress to take legislative action.

‘Black Panther’ is on track to have a bigger opening weekend than ‘The Dark Knight,’ ‘Rogue One,’ and every single ‘Hunger Games’ movie – Black people — good guys — with guns! Will miracles never cease? [/sarc]