I spotted a customer leaning over the glass case displaying the pocket-sized .380s of various makes. Asking her what sort she was shopping for, she indicated a Taurus PT738 TCP. “I’d like to see that derringer right there” she said, tapping on the glass and pointing at it.

My tongue twisted in my mouth as it struggled with the desire to blurt out a technical correction. Instead, I smiled and un-clipped the keys from my belt loop to open the case.

Thinking about it now, I find it quaint that the term “derringer” is still widely known enough in the twenty-first century that it can still be used (incorrectly) by even the uninitiated first-time gun buyer.

The term ‘derringer’ can only be accurately applied to a certain category of pistols.  All derringers fire from a fixed barrel. They may have one, two or more barrels set together and may fire in either single or double action, via a hammer or striker.

They are typically small enough to conceal easily in a pocket, may or may not have rudimentary sights and are absolutely never semi-automatics or revolvers. 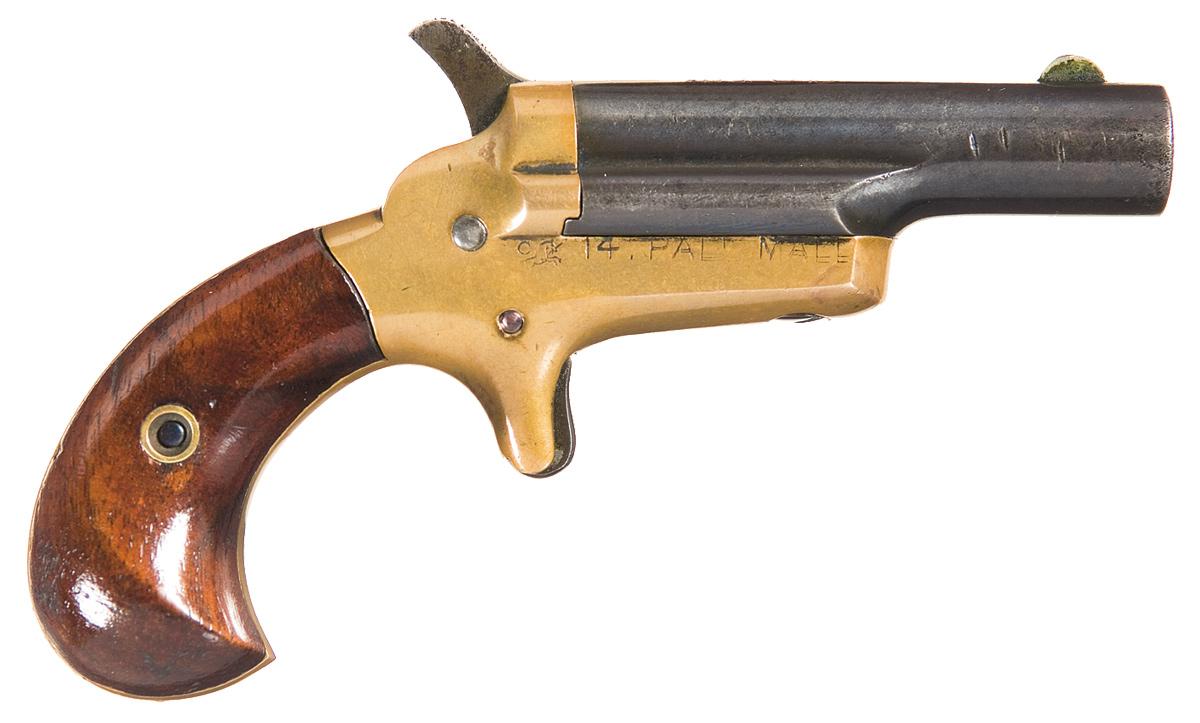 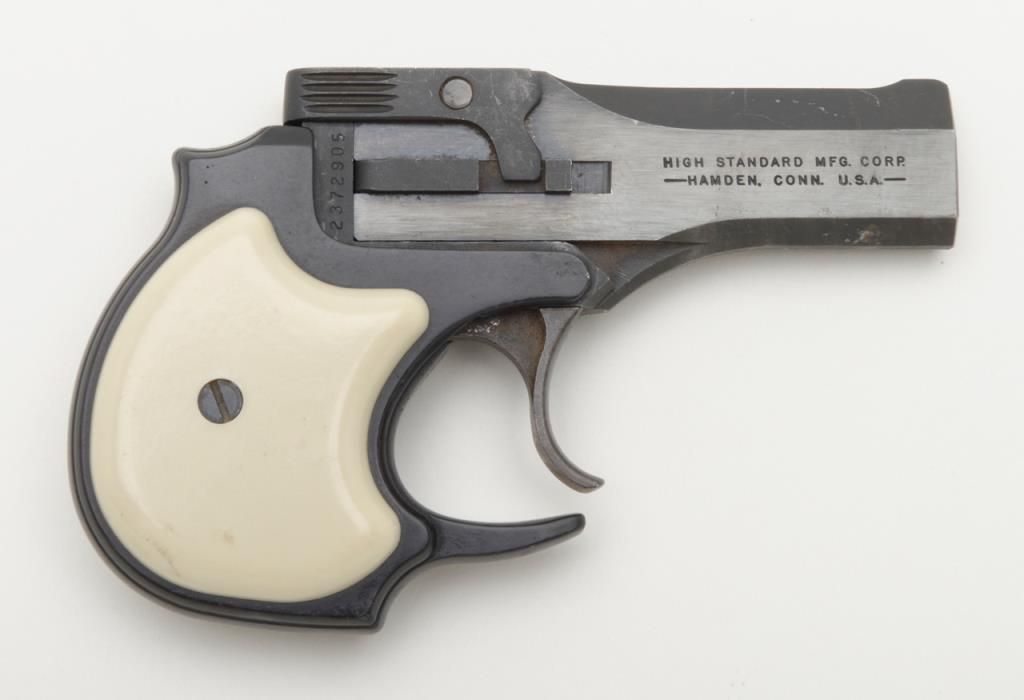 While small, concealable pistols have existed since the flintlock age, the derringer pistol wasn’t a thing until the mid-1800s. In 1852, Henry Deringer (yes, one ‘r’) of Philadelphia began focusing his rifle-making business toward the production of percussion-fired pistols of full-sized caliber small enough to slip into the generously large pockets fashionable in men’s outerwear of the day.

These pistols quickly gained a reputation for being well-made, concealable and were typically bored for .41 caliber, though calibers of .33 to .50 weren’t unheard of. Given the perfect combination of percussion ignition, large caliber, small size and good quality, the Philadelphia Deringer was an immediate success. Replica Deringer from the author’s collection. Kit-built .45 caliber from Connecticut Valley Arms when he was sixteen. Note the tiny two-finger grip.

Proving that any publicity is good publicity, Deringer’s guns sold very well after one was used by John Wilkes Booth to assassinate President Abraham Lincoln in the Ford’s Theatre in 1865. So successful were Deringer’s guns, they were soon copied by other gun makers across the nation.

According to arms historian William Reid, “One New York trader went so far as to advertise himself as an ‘imitation Deringer Pistol Manufacturer.’”  To get around patent and copyright laws, many copies were sold as Derringer Pistols (with an extra ‘r’) and that spelling has stuck to this day. The invention of the integral metallic cartridge spelled the end for the Philadelphia Deringer, however. Taking its place were numerous examples of small, single-shot, breech-loading pistols from a variety of manufacturers. 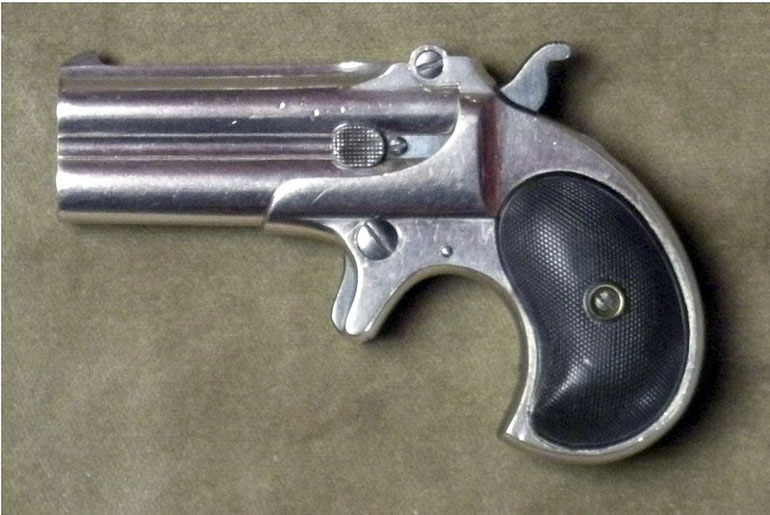 Remington did them all one better when they introduced a two-barreled, over/under derringer in .41 rimfire in 1866.  The pistol sold very well until Remington discontinued it in 1935 and set the pattern for almost all two-shot derringers since. Its lines are evident in cheap clones like the Cobra Derringer and even the exemplary Texas-made derringers of Bond Arms. “The most useless gun I’d ever actually WANT to carry” – said by the author to a customer.

If two shots are better than one, more would be better still. So some gun makers have added more. In 1859, Sharps made a four-barreled piece in .41 RF that worked well. This idea has continued to the present day in pistols like the COP 357. Most recently, Standard Manufacturing introduced (but hasn’t yet released) the S333 Volleyfire, a six-shot derringer that fires two .25ACP loads with each trigger pull.

Some things just never go out of style. While the pocket semi-auto is here to stay, there will always be a demand for something simpler for folks who just want something that works when they need it.