The 5 Handgun Carry Conditions – Which One Do You Use? 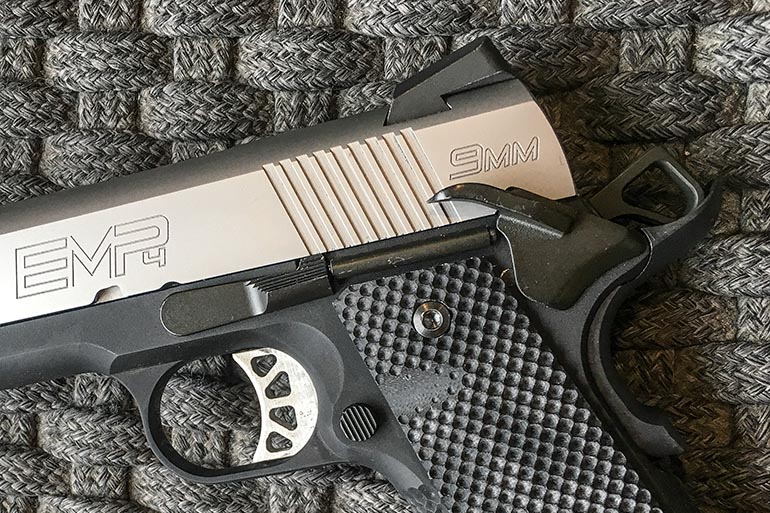 “Carry condition” isn’t as hotly debated in the gun community as, say, stopping power or GLOCK vs. 1911, but it’s up there. What is a carry condition? It’s the state of readiness you use for a handgun (usually one you’re carrying). It’s a sort of code for the number of steps needed to make the gun ready to fire.

Since you’re likely to hear these terms used the more you’re around firearms and the people who use and carry them, it’s a good thing to know what they mean (especially at a range or other location where specific carry conditions may be mandated in certain situations).

A handgun can be carried in a variety of ways that require different amounts of effort to make it ready to fire. These carry conditions were laid out by Col. Jeff Cooper who’s credited with originating the “modern technique” of using handguns for self-defense.

Keep in mind that Cooper’s carry gun of choice was a single action only 1911. That’s a pistol which has a grip safety and a thumb safety. If you carry a DA/SA or striker-fired pistol (with or without a safety), not all of this will apply.

Here are the five carry conditions as handed down by Cooper from least to most ready:

Condition 4: The pistol’s chamber is empty, the magazine is removed, and the gun’s hammer is down.

It’s extremely unusual for anyone to carry in Condition 4 as making your handgun ready to fire takes considerable time and effort (draw, insert the magazine, rack the slide, aim, pull trigger). That’s a lot to do in a self-defense situation.

Condition 3: The pistol’s chamber is empty, a magazine is inserted, and the hammer is down.

Also sometimes known as Israeli carry, this was the normal mode of carry for the US military when the 1911 was the standard issue sidearm. Condition 3 requires the defender to draw the pistol and rack the slide to load a round in order to make it ready to fire.

That takes some extra time, and can be impossible if your support hand is otherwise engaged. But many people who carry a handgun aren’t comfortable doing so with a round in the chamber. If you’re going to carry in Condition 3, you’ll want to practice your draw and slide rack — a lot — in order to make it as quick and instinctive as possible.

Condition 2: A round is chambered, a magazine is inserted and the hammer is down.

In a single action only pistol like a 1911, the hammer must be cocked when in Condition 2 before the gun is ready to fire. Few carriers use this condition outside of the movies where the hammer cock is used for dramatic effect.

There’s also increased danger of a negligent discharge when getting your Pistol into Condition 2. The 1911 doesn’t have a de-cocker. So that must be done carefully by pulling the trigger and lowering the hammer with a live round in the chamber. If your thumb slips during the process, it could cause the gun to fire.

Condition 1: A round is chambered, a magazine is inserted, and the hammer is cocked with the safety engaged.

Commonly referred to as “cocked and locked,” the only thing the gun owner must do after drawing the pistol is disengage the safety. This is something that requires training to do smoothly and regularly in a self-defense situation.

Condition 1 is the most popular method for anyone who carries a single action only pistol like a 1911. It makes some people nervous to see a gun’s hammer carried while cocked, but in a 1911, two safeties — the grip and the thumb — have to be disengaged for the pistol to fire.

Condition 0: A round is chambered, a magazine is inserted, and the hammer is cocked with the safety off.

In condition zero, all that has to happen to fire a round is a simple trigger pull. With a pistol like the 1911, which is known for its light, crisp trigger, that’s not a condition most carriers are comfortable with. Still, the pistol’s grip safety has to be disengaged.

At the same time, people who carry a GLOCK, M&P, XD or other striker-fired gun with no external safety are essentially carrying in Condition 0, too.

The 5 Handgun Carry Conditions – Which One Do You Use?