Back in July, I had a chance to visit SilencerCo’s facility outside Salt Lake City for the introduction of their new 36M modular suppressor. It’s a two-piece design that can be used in two length configurations and on a range of mounts. Introducing the Omega 36M, a light, compact, full auto rated modular centerfire rifle suppressor with the versatility to use on magnum rifles, 9mm pistols and sub-guns.

The Omega 36M is a two-piece modular design with a fully welded core, front and rear. The rear core contains Cobalt 6 and Inconel baffles which provides extreme wear resistance under high heat and heavy fire. The front core consists of new lightweight 17-4 baffle design to save weight while still providing high wear resistance. The titanium outer tube with lock-ring prevents tube loosening and reduces weight. The 36M is finished with a black Cerakote for a heightened level of durability.

The Omega 36M ships with the Charlie ASR mount and is compatible with all SilencerCo Charlie style mounting systems. The updated Charlie front cap allows for tool-less removal and the rear Charlie mounting system provides better mount to suppressor retention.

The Omega 36M will be available early December with a $1,187.00 MSRP. For more information on this model click here

If that strikes you as expensive, hold on. The Omega 36M will suppress everything from .22 Hornet to .338 Lapua. As well as handgun calibers like 9mm. In either short or long configuration.

I got to try it out with a range of guns and calibers, both pistols and rifles. 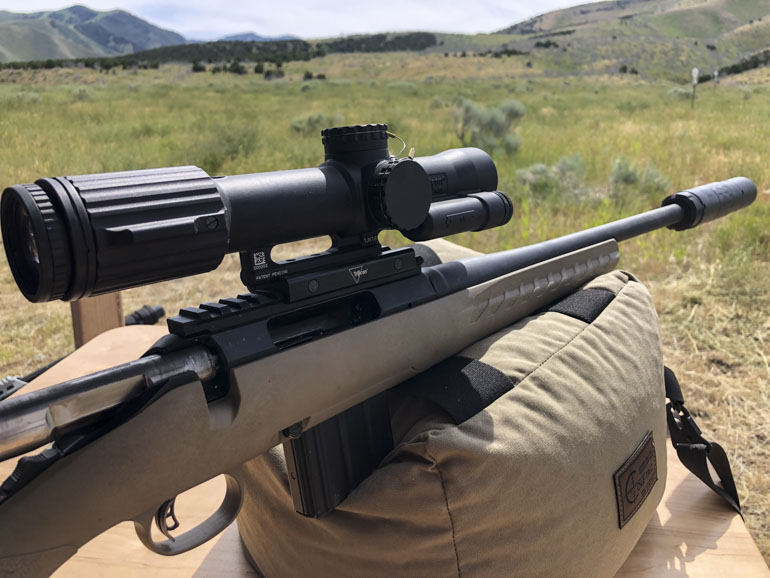 I shot it on a Ruger American rifle shooting Winchester 350 Legend ammo. The Omega 36M is rated at 139 dB in both configurations. If you’re looking for one suppressor to handle just about everything you’re shooting, the new Omega 36M deserves a good look. Here are length and weight specs in the 36M’s various configurations:

Part of the product intro was a tour of SilencerCo’s West Valley City, Utah manufacturing facility, which is probably a lot bigger and definitely a lot more impressive than you’d expect. 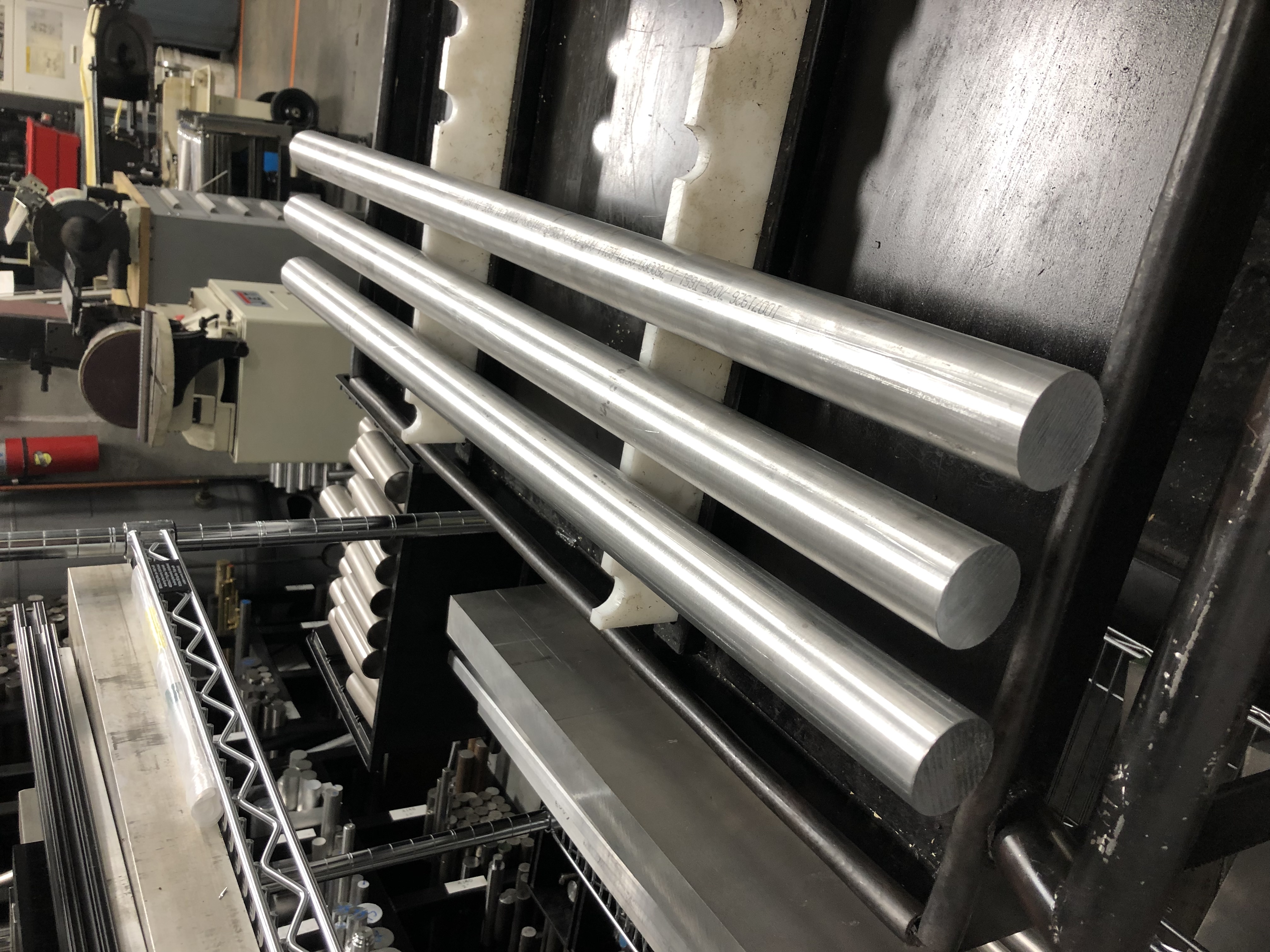 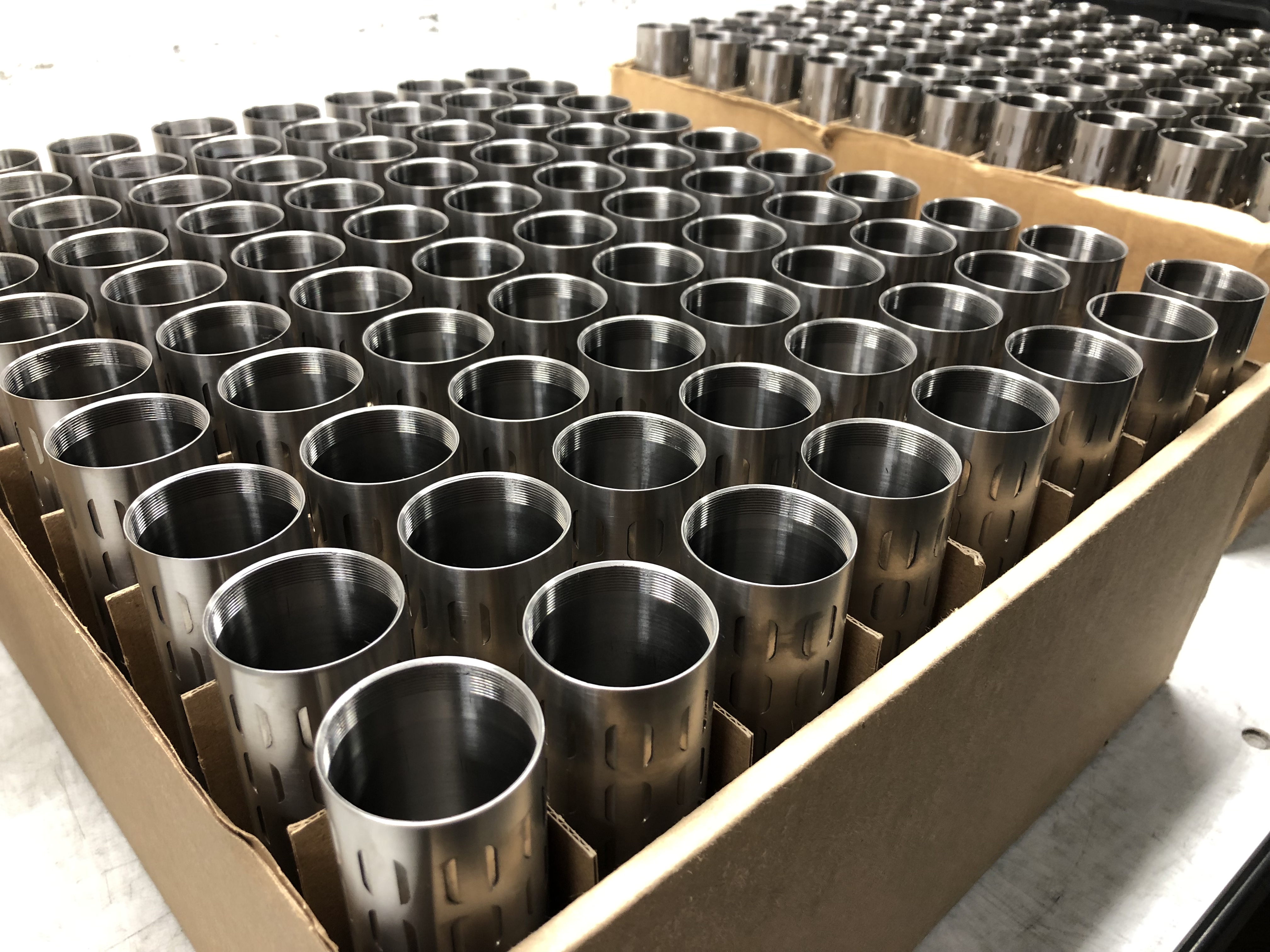 A suppressor is simple, right? They’re all basically the same inside aren’t they? 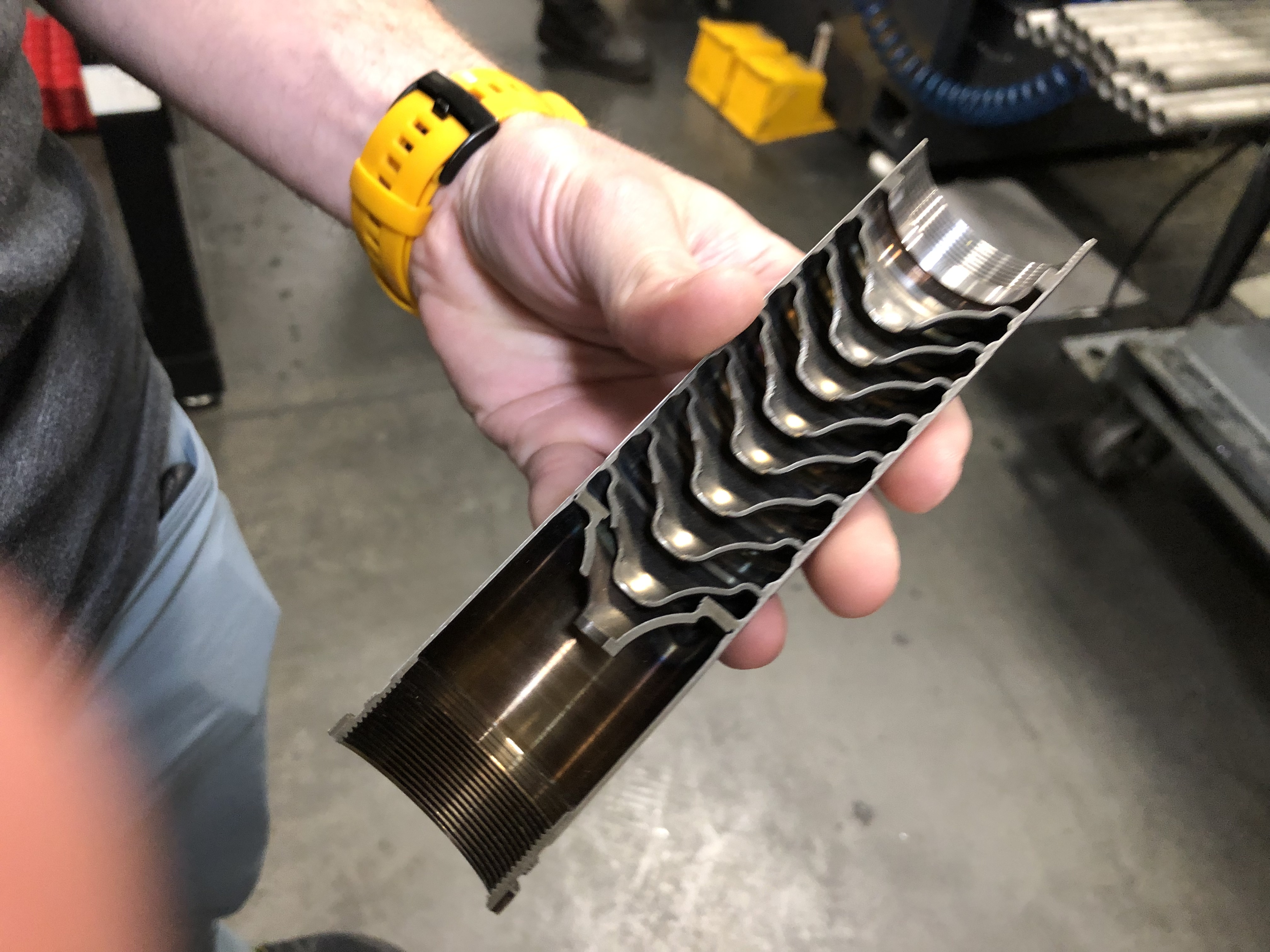 Silencers aren’t magic. They’re the product of hundreds of hours of design, engineering and testing. They’re optimized in terms of baffle spacing and made to precise tolerances to ensure concentricity (and prevent baffle strikes), all to provide the maximum noise reduction within space, weight and cost constraints. SilencerCo QCs more than one out of every three production items they produce. 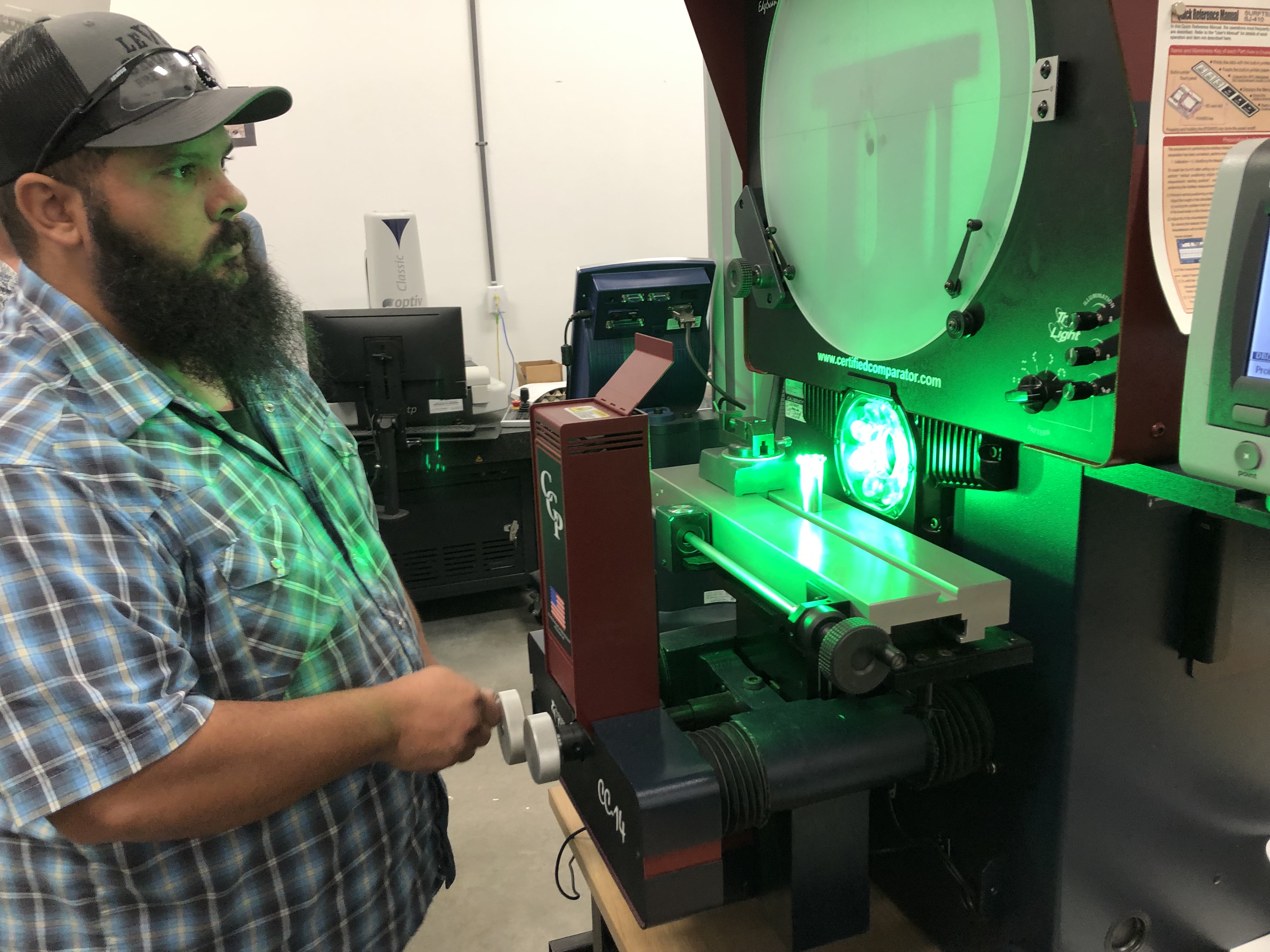 Some of the quality control is done electronically (as in the video above), and some is done by highly skilled individuals. This is part of the critical process of serializing, inventorying and accounting for each NFA-regulated item. Ever wonder why suppressors cost as much as they do? Compliance is a significant portion of the retail price you pay. 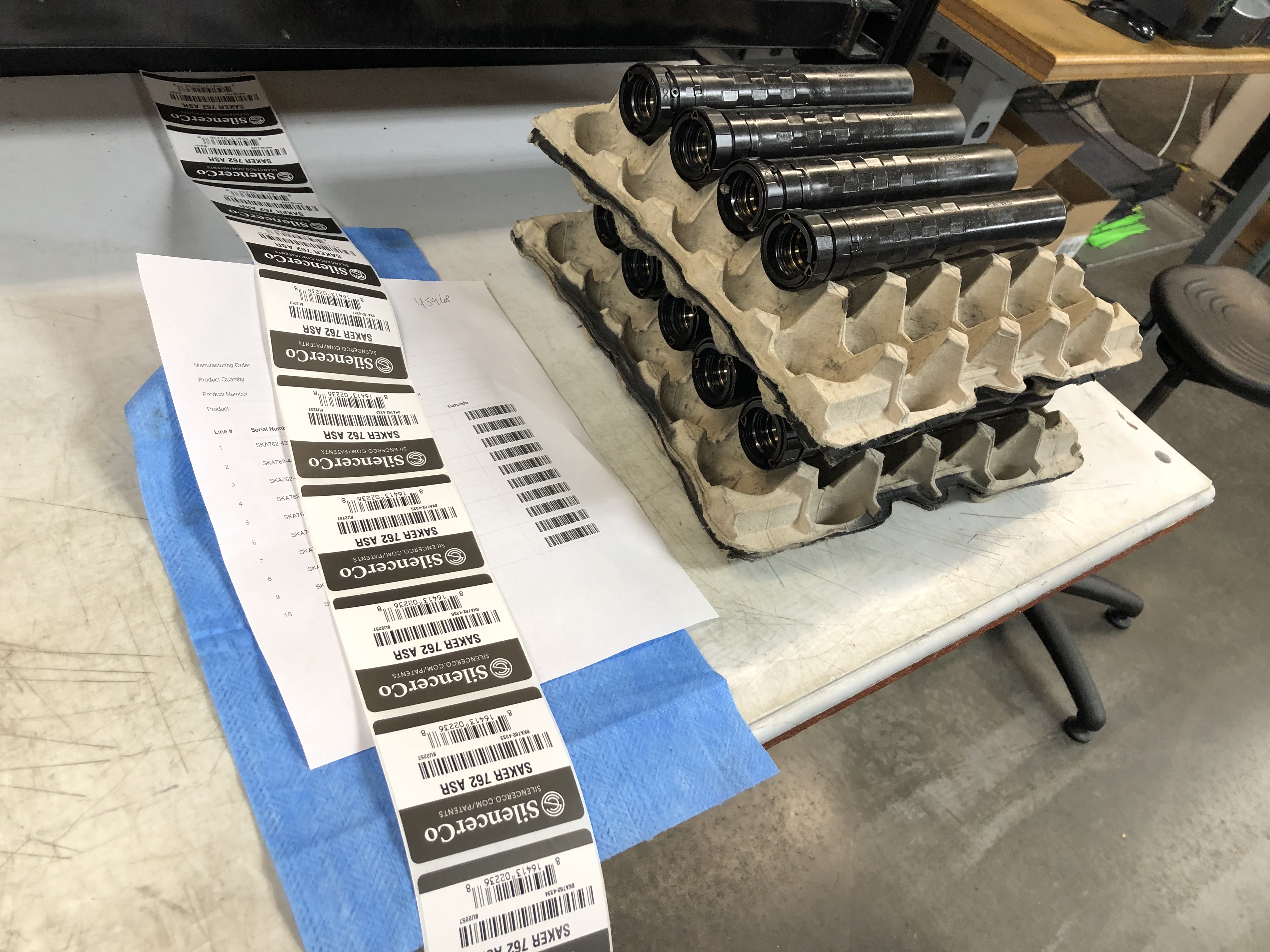 Now all you have to do is wait for the ATF to do their thing.

Leave a Reply to IN Dave Cancel reply