As SIG SAUER’s Chief Marketing Officer, Tom Taylor, told a room full of gun writers, accessory makers and even a few competitors last week, the New Hampshire gun maker wants their modular P320 to be thought of in the same way as the 1911 and the AR-15. They want it to be a “universal” platform around which revolves scores of parts, accessories and add-ons made by custom shops and parts makers all around the country.

That’s why SIG has decided to sell P320 Custom Works fire control units as a stand-alone item beginning the first of October. 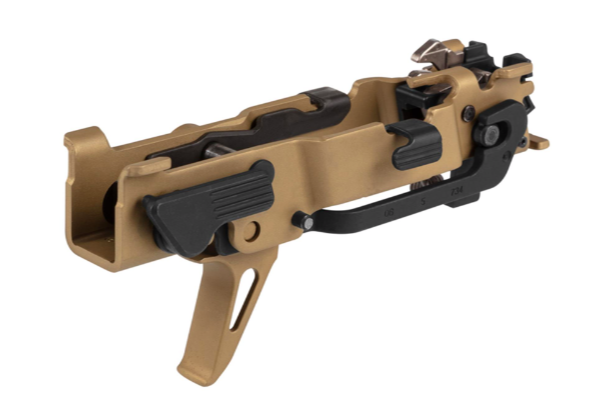 You probably know that the internal fire control unit is the part of the P320 that’s legally a firearm. It’s the serialized part that requires a background check and transfer through an FFL. Every other part of the P320 can be and is sold over the counter. The grip, the slide, the barrel, the guide rod, sights…every other part can be delivered right to your door. The stand-alone P320 Custom Works Fire Control Unit, to be sold at gun stores, will be an upgrade over the standard FCU that’s in most SIG P320 pistols currently sold. They’ve given them a gold titanium nitride finish and a Legion skeletonized trigger.

You’ll be able to buy the FCU, then add your own slide, barrel, frame and other parts to complete the gun the way you want.

SIG is putting the finishing touches on a P320 configurator site — the P320 Studio — that will let you choose from a range of all the parts and build your own gun.

So you’ll buy your Custom Works FCU at your local gun store, then take it home and register it in the configurator. Any parts you buy through the P320 Studio will get a 10% discount and be shipped to your door. As you’d expect, all of those parts will be made by SIG…at least at first. 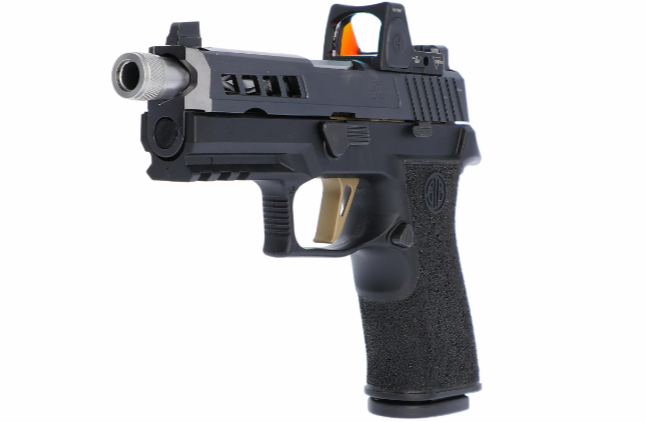 The reason all of those other makers were in the room with us last week is SIG will be including competing companies’ products in the configurator, too. Which is why they’re calling the entire program the P320 Collective.

We got to see and shoot other makers’ plug-and-play P320 parts with the new SIG Fire Control Unit. Names that are part of the initial P320 Collective lineup so far include ZEV Technologies, Faxon Firearms, Grey Ghost Precision, Parker Mountain Machine, Wilson Combat, Rival Arms, L2D Combat, Icarus Precision and more. And there are other makers that have expressed interest in joining and having their products included in the program, too.

So eventually, you’ll be able to build your gun using the P320 Studio configurator and select from parts from a range of companies, mixing and matching the slides, sights, grips, etc.

Here are a few of the products and configurations we saw and shot: 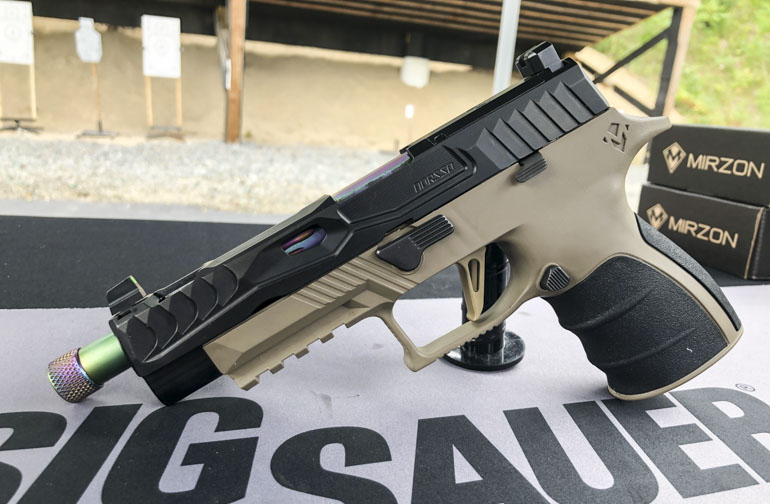 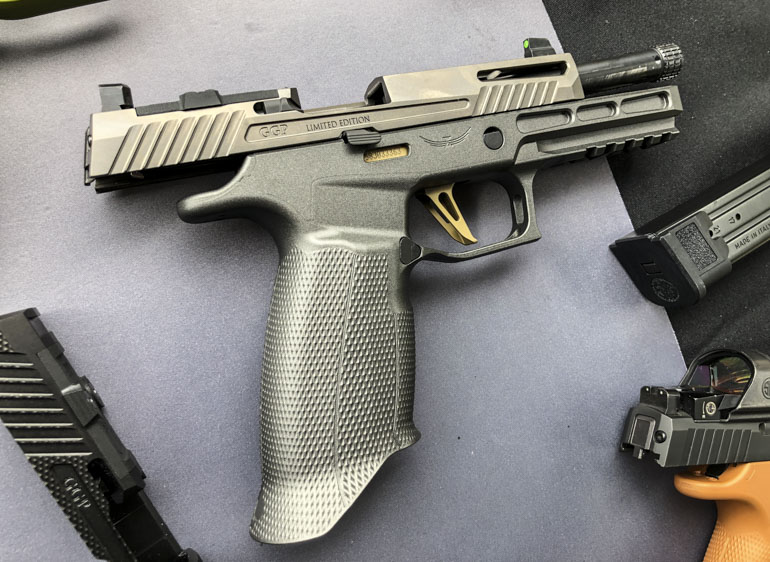 There were a lot more combinations there, which is the benefit of the modular P320 system. The point is, SIG has done a lot of work and assembled products from an impressive array of other companies in the industry to make the P320 Custom Work Fire Control Unit the basis for an entire ecosystem of parts and accessories to let you pick and choose, then build exactly the gun you want.

Look for the full rollout of the fire control units and P320 Studio configurator about the first of October.

Leave a Reply to The Crimson Pirate Cancel reply