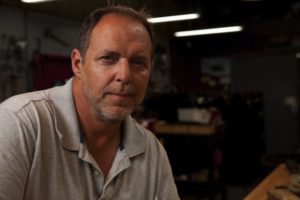 “A Louisiana firearms company at the center of the reality TV show ‘Sons of Gun’ distanced itself from the program’s star this week after he was arrested on charges of repeatedly raping a child,” foxbusiness.com reports. “Will Hayden was arrested Tuesday. As of Thursday, Red Jacket Firearms said that ‘with heavy hearts,’ it had legally cut ties with him but would continue to operate. ‘We are the heart and soul of Red Jacket and will remain steadfast in our commitment to quality and our customers, for years to come,’ a statement on its website said.” [Facebook statement after the jump.] foxnewsbusiness.com also provided some new details of the charges against Hayden . . .

Hayden began having sex with the child, then 11 years old, in 2013, according to allegations in an affidavit filed by sheriff’s deputies. The latest rape, the report said, happened in July.

A guardian of the victim contacted deputies Aug. 16. The victim confided to the guardian after Hayden’s Aug. 9 arrest, according to the report.

Deputies said they met with the child and guardian and took a statement.

According to the affidavit, the child told deputies Hayden took her virginity when she was 11 years old and that sex acts happened almost daily thereafter.

The report says Hayden coerced the victim into silence with threats of physical abuse.

“Don’t tell them nothing because I’m all you’ve got,” the affidavit says the 49-year-old Hayden told the victim.

Innocent until proven guilty. But even so, it’s hard to see how Hayden can bounce back from this. Red Jacket Firearms Facebook statement:

The Red Jacket Firearms entities have received complete legal separation from William M. Hayden, He will no longer take part in ANY aspect of the Companies. The owners and employees of Red Jacket Firearms, LLC will continue will continue to operate, and promise to do everything in our power to fill customer orders, back orders and provide support to those affected by these new developments.