The NRA Annual Meetings and Exhibits is OFWG central. Ethnic and chronological diversity is obvious by its absence. Is that a problem? Not for the brace of African thirty-something American NRA members I interviewed for this article. “We’ve got no problems here,” one of them assured me. Yes but . . .

could the NRA do more to invite people of color — people who may not share their taste for twanging country music — into the gun rights tent? Yes. Yes it could. And yes. Yes it should. Gun control advocates draw their political power from America’s urban centers. If minority voters in these enclaves became NRA members, they’d be forced to “vote their guns.” To abandon the Democratic party and its gun control agenda.

In short, the more minority NRA members, the safer all Americans’ gun rights.

As for how the NRA could recruit more minority members, it’s the guns stupid. The NRA should deploy an army of “community organizers” to give minorities hands-on familiarity with firearms freedom. 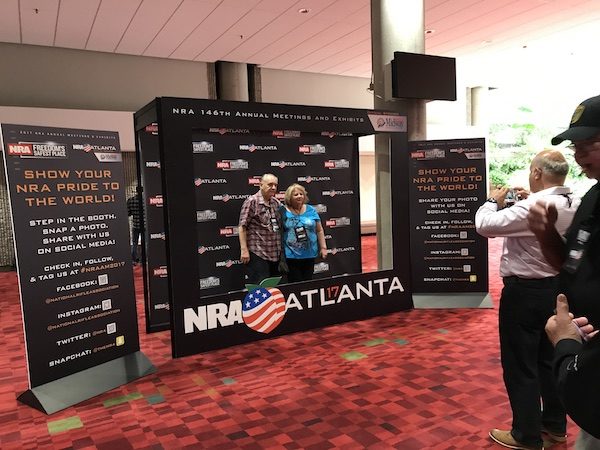 They’d go into urban areas to get potential members to come out for a range day. They’d transport them for free. Feed them. Pay for their ammo. Train them. Offer them hugely discounted (if not free) guns and safes. Train them again. And help them negotiate any bureaucratic hurdles preventing them from keeping and bearing arms. At the same time, the NRA should put more minorities into its promotional materials. Target ads at minority communities. Add more minorities to its administrative ranks. Change its musical support acts to something, anything younger and more mainstream. Yes, well, some day I’ll hear and see more people of color at the NRA’s Annual Meetings. The sooner the better. It won’t happen overnight. I won’t happen at all until and unless the NRA admits its diversity deficit and takes direct action to widen its base.

It will cost money. The NRA has money. It should spend it. The sooner the better.