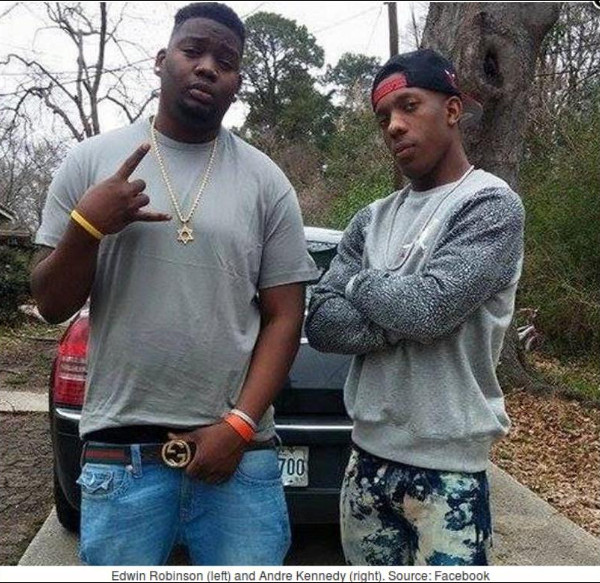 A report by the supposed “non-partisan” The Marshal project reveals that whites commit more justifiable homicides against black attackers than blacks commit against white attackers. The report implies that this is because of institutionalized racism. Closer examination puts paid to this “theory” . . .

Note: the report is obsessed with racial disparities. From themarshalproject.org:

In almost 17 percent of cases when a black man was killed by a non-Hispanic white civilian over the last three decades, the killing was categorized as justifiable, which is the term used when a police officer or a civilian kills someone committing a crime or in self-defense. Overall, the police classify fewer than 2 percent of homicides committed by civilians as justifiable.

To understand the gaps, The Marshall Project obtained dozens of data sets from the Federal Bureau of Investigation and examined various combinations of killer and victim. Two types of “justifiable homicide” are noted: “felon killed by private citizen” or “felon killed by police officer.” (In a bit of circular logic, the person killed is presumptively classified as a felon, since the homicide could be justified only if a life was threatened, which is a crime.)

The use of quotes around “justifiable homicide” in the report is telling. Anyway, it’s possible that racism is a component in the disparity of the number of justifiable homicides where white people justifiably kill black people. But racism works both ways. There are numerous “hate whitey” threads in current urban black culture.

Not to mention the obvious alternative explanation: black men are more likely to commit crimes that justify their homicide by white people than white men are to commit crimes that justify homicide by black people. In 2012, there was 5.6 times as much violence committed by blacks against whites as compared to violence committed by whites against blacks. From cityjournal.org:

The Marshall Project found that after adjustments, white-on-black homicides were found to be 4.7 times as likely to be justified as the average. That number is remarkable close the the disparity of black crime against white people.

Even after adjusting for the ages of the killer and victim, their relationship and the weapon used, the likelihood of a white-on-black-male case being called justifiable was still 4.7 times higher than in other cases.

For instance, Trayvon Martin’s death is listed as simply “other,” not as “justifiable,” though his killer was later tried and acquitted. That could mean that “justifiable” cases of all kinds are underreported.

In this case, notice the quotes around “justifiable,” even though a jury found that the killing of Treyvon Martin was justifiable.

Anyway, the FBI only categorizes a killing as a “justified homicide” if it occurs during the commission of another crime. The Marshal Project authors call that “a bit of circular logic.” They’re wrong. The FBI uses an extremely limited definition of justifiable homicide. From the UCR Handbook04(PDF), page 17:

NOTE: Justifiable homicide, by definition, occurs in conjunction with other offenses. Therefore, the crime being committed when the justifiable homicide took place must be reported as a separate offense. Reporting agencies should take care to ensure that they do not classify a killing as justifiable or excusable solely on the claims of self-defense or on the action of a coroner, prosecutor, grand jury, or court.

The following scenario illustrates an incident known to law enforcement that reporting agencies would not consider Justifiable Homicide:

17. While playing cards, two men got into an argument. The first man attacked the second with a broken bottle. The second man pulled a gun and killed his attacker. The police arrested the shooter; he claimed self-defense.

The UCR directs reporting agencies not to take into account the findings of coroners, prosecutors, grand juries or courts about whether a homicide is justifiable or not; reporting agencies may only use the FBI’s extremely limited definition.

It’s unlikely that someone who was justifiably killed in self defense will be recorded as committing a separate crime during the attack. There’s no reason to do so. The attacker will not be charged. They’re dead. This is a major reason why the FBI reports of justifiable homicide are so low.

If, however, the homicide occurs during an armed robbery, it is more likely to be recorded as justified. Blacks commit armed robbery at far higher rates than do whites.