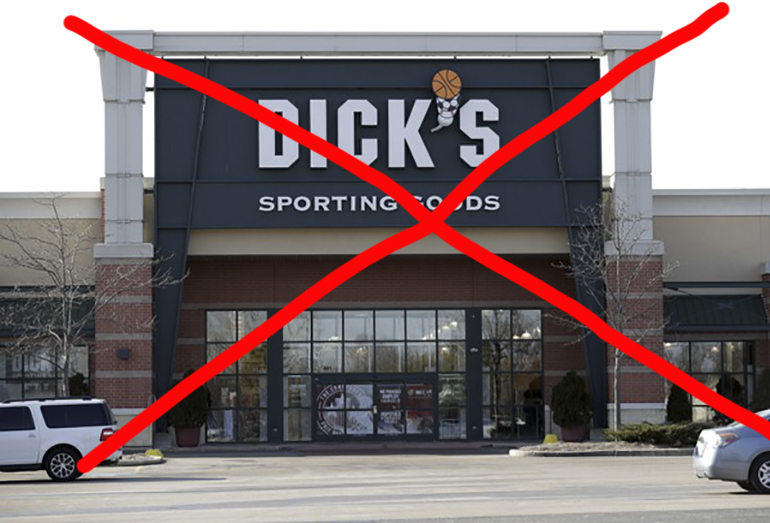 The National Shooting Sports Foundation, the gun industry’s trade association and lobbying arm, has announced that Dick’s Sporting Goods’ decisions to end sales of AR-pattern rifles and lobby Congress for more gun control legislation are “detrimental to the best interests of the Foundation” (not to mention America’s gun owners). As a result, the NSSF has decided to expel Dick’s from the organization. Here’s their announcement . . .

The National Shooting Sports Foundation® (NSSF®), the trade association for the firearms, ammunition, hunting and shooting sports industries, Board of Governors today unanimously voted to expel Dick’s Sporting Goods from membership for conduct detrimental to the best interests of the Foundation.

Dick’s Sporting Goods recently hired a Washington D.C.-based government affairs firm, for “[l]obbying related to gun control.” Dick’s Sporting Goods CEO Edward W. Stack announced earlier this year the retail chain would end sales of modern sporting rifles, voluntarily raise the age to 21 to purchase firearms in their stores and called for more restrictive legislation. Dick’s later announced they would destroy the remaining modern sporting rifle inventory. NSSF responded that business decisions should be individually made, but was nonetheless disappointed and the decision does not reflect the reality of the vast majority of law-abiding gun owners.