Most people here are familiar with the MK-12 SPRs MOD 0 and MOD 1 rifles, as there have been a few releases in 1/6 by different companies. But there is also a third real world version, extensively used by “a certain Special Forces Group.” And it is one of the first examples of the “recce” rifle concept on the AR-15 platform.

Master Sergeant, Steve Holland, sniper chief (title probably referring to him as an important NCO-member of the “sniper committee”) of the 5th Special Forces Group, was in essence, the father of the SPR concept.

Later on according to Major John Plaster USAR (Ret) author of The history of Sniping and Sharpshooting, SGT Holland also had another famous brainchild, the 6.8 SPC cartridge, used now in many AR-15 platforms.

So in a way this 1/6 build is also a small tribute to a Special Forces soldier that seems to have made very important contributions to the war effort and the firearms sector.

The Mod ‘H” SPR version comes with a 16 inch match barrel, a carbon fiber PRI GEN III handguard and all sorts of collapsing stocks (depending on user).

It’s the rare model in the “family” and one that has acquired a lot of attention in the 1:1 world, being sought by civilian collectors and “cloned” with modern components by other AR-15 users.

Specs for the rifle from AR15.com in their amazing 700+ page “Mk12” thread which includes a history of the SPR click here.

Some of the –rare – reference photos 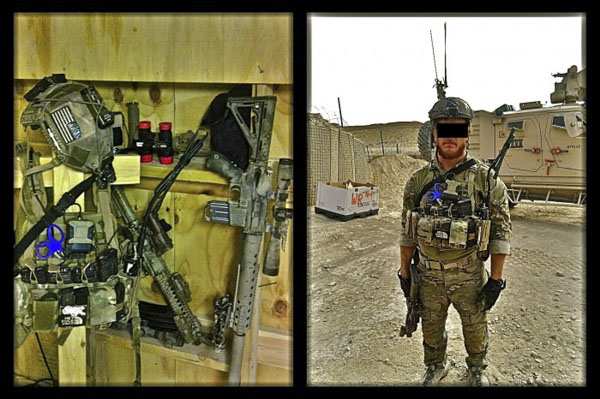 This post originally appeared at onesixthwarriors.com and is reprinted here with permission.