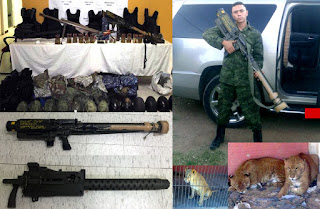 Under the operation “For The Safety Of Casas Grandes” agents of the Attorney General seized powerful weapons such as rocket launchers, Barret rifles, over a thousand 300 cartridges, lots of tactical equipment, vehicles reported as stolen including modern sports cars, drugs and exotic animals, in addition to the arrest of six subjects, a cell belonging to organized crime.

An investigation was carried out by elements of the State Police in order to provide security to the inhabitants of the area comprising the municipalities of Casas Grandes, Nuevo Casas Grandes, Ascension, Ignacio Zaragoza, Buenaventura and Janos. 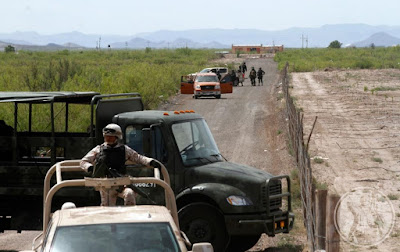 The total number of items seized under this operation was:

• One thousand 309 cartridges of different calibers.

On Friday April 15, police elements responded to a violent event that occurred between km 222 and 224 on a section known as “Las Emes” on the San Buenaventura to Ignacio Zaragoza road, and located three trucks with three dead people and one injured, all wore camouflage clothing. The injured person said to belong to the criminal group known as “La Linea”. 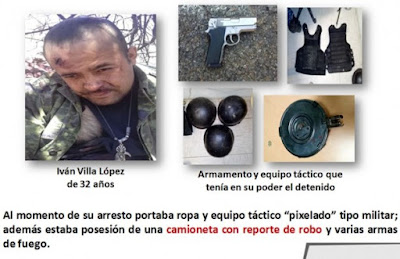 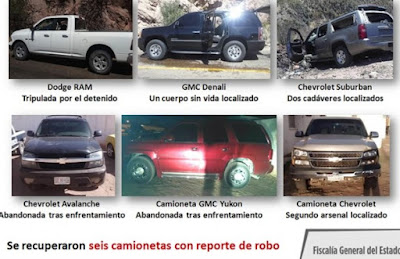 On the same afternoon, State Police officers, were investigating the presence of armed civilians and upon reaching the section known as “El Bordo de la Vía”, which connects Casas Grandes to Ignacio Zaragoza were attacked by criminals. They repel the aggression and shot dead one men carrying an AK-47 assault rifle, plus a .50 caliber Barrett rifle and .308 caliber cartridges. 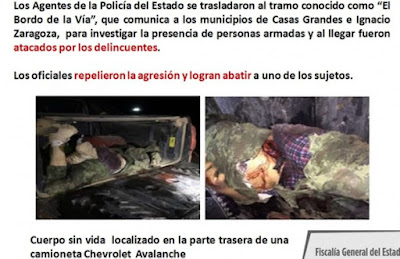 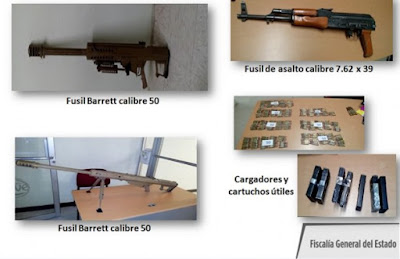 On Saturday April 16, police responded to a call about armed men outside some apartments “Posada” located in Jesus Urueta and Mata Ortiz streets in colonia Centro, they located a stolen Blue GMC Yukon XL 2005 model, it was reported stolen since January 23, 2016. On the back, a missile launcher was located, with hundreds of rounds of ammunition, body armor, tactical camouflage uniforms, helmets and automatic weapons. 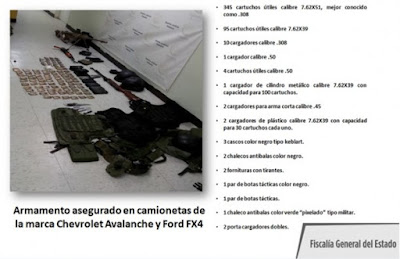 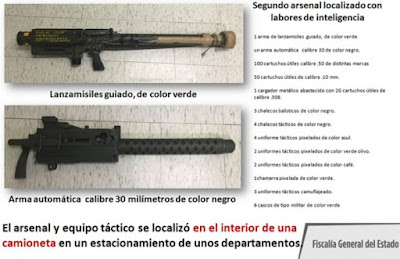 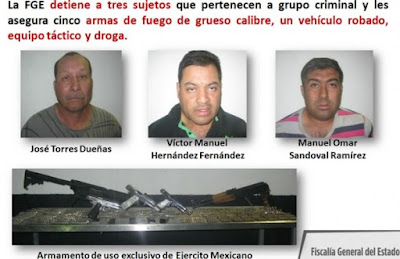 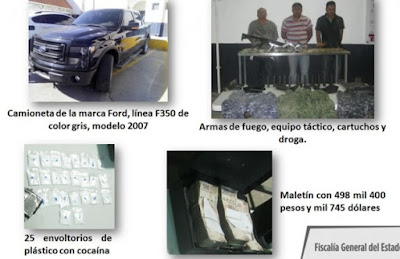 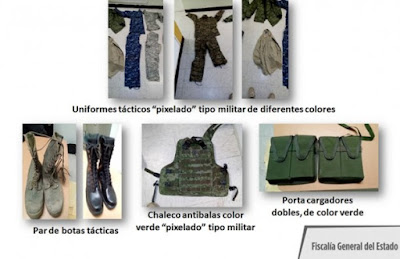 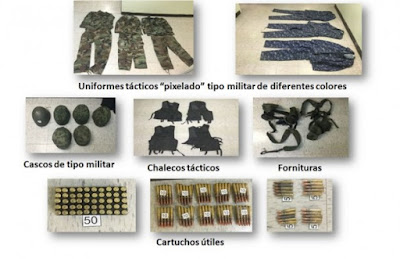 On Tuesday morning, officers on patrol duty in Nuevo Casas Grandes, realized that a man ran on Plan Alemán street when he notice the police presence and enter the house number 4610, a farm that according to witnesses was uninhabited. On the premises police found cages with five wild big cats (tigers, lion, and bobcat), totally abandoned. The exotic animals were seized and turn to the competent authority, since exotic animals require specialized care and handling. 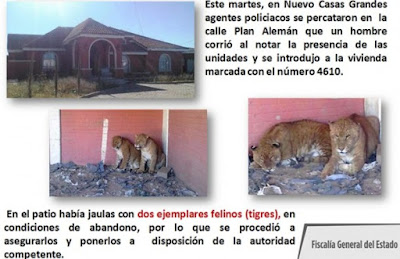 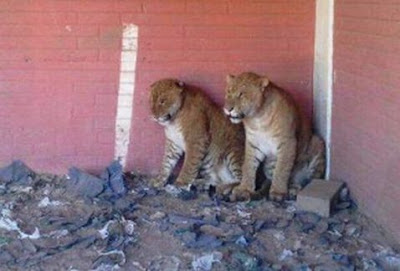 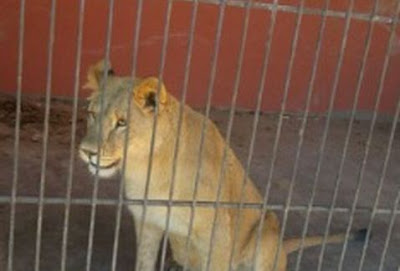 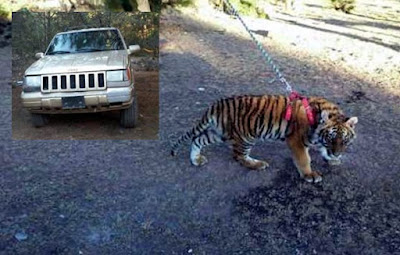 On the same day, at 6:30 pm on Tecnológico and 05 de Febrero streets, of Casas Grandes, Caesar Irving Cortez Renova was arrested, driving a Chevrolet Avanlache, stolen in Ciudad Juarez on January 17, 2016, police seized a 9 mm pistol, with five live rounds of ammunition, tactical equipment, 75 grams of marijuana and two photographs of Cesar Irving dressed in military style clothing and carrying a rocket launcher, which was secured days earlier by authorities. 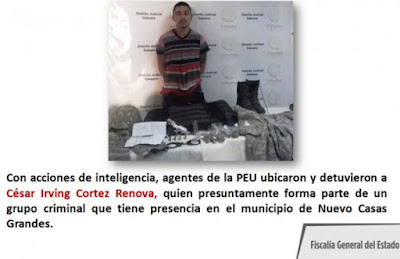 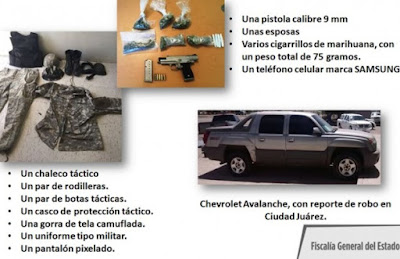 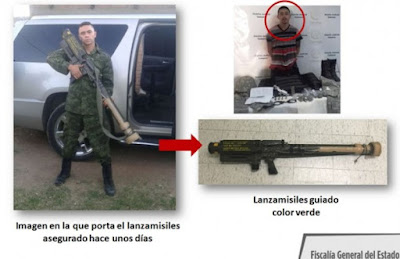 In these same operations, police located in the municipality Casas Grandes five abandoned luxury cars reported as stolen in the U.SA, while on different streets of the town of Ascension, police recovered six automotive of recent model, stolen in different parts of the country, achieving the arrest of Miguel Ángel García Bañuelos and Cesar Trujillo Casas, who were in the process of dismantling a Honda Civic 2006 on Trigo and Álamo streets, with theft report of September 24, 2014, in Ciudad Juarez. 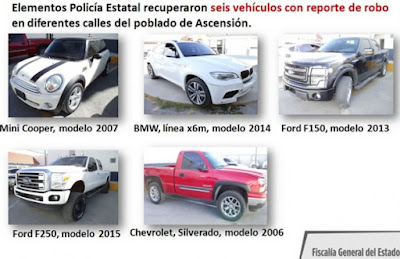 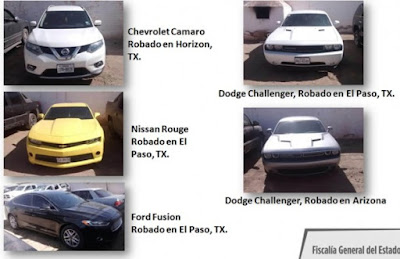 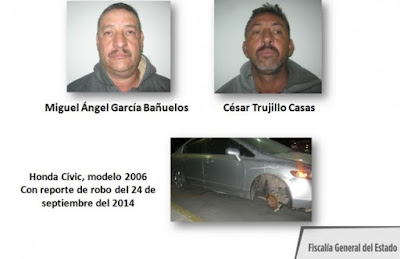