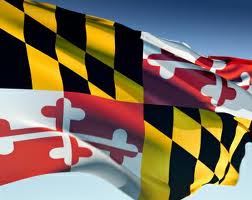 I’ve carried a sidearm since 1983. I did it first as a US Marine embassy guard and then as a federal police officer. I’ve been an executive protection specialist and traveled armed overseas, on planes and in the homes of national figures. I’ve been trained to teach others. I’ve taught students at the Federal Law Enforcement Training Center. I have an active national security clearance. I am an ordained member of clergy. I live in Maryland where none of this matters. Here, a person has to prove “good and substantial reason” before being granted a permit to carry a firearm for their own protection . . .

The reasoning for this, according to Daniel Vice, senior attorney for the Brady Campaign to Prevent Gun Violence, is that “Concealed carry laws that keep guns out of the hands of dangerous people are exactly what the public demands to keep communities as safe as possible.” While that sounds good as a sound bite, the reality is dangerous criminals do not obey gun laws. The fact is that people who will murder others don’t stop trying to get a gun until they do. This type of thing has never helped save a life.

Maryland’s laws require permit applicants to provide documentation that they need to carry a gun for work use or they face a specific threat.

I had one for six months in Maryland when I was working for a small private detective company that has since gone under. I was really good at my job and found everyone I was looking for. It never turned out well for the client.

(Side note: if a wayward father is missing in your life, you will find out that you are not missing anything if I find him.)

The recent lawsuit filed and won against the state in 2010 by Raymond Woollard, who got a Maryland gun permit in 2003 after an armed altercation inside his home, was reversed. Maryland State Police and the state’s Handgun Permit Review Board denied him a renewal in 2009 because he could not provide documents to “verify threats beyond his residence.”

After twenty years of advocating for the right to keep and bear arms around the country, and my recent resurgence into the public eye, my wife is concerned with my safety. Her intuition has saved me before. In the past few weeks I have been on C-SPAN, local news networks, NPR and several online magazines as an unlikely advocate against gun control. I am applying for a permit to carry. I don’t expect it to go well, but the fight is on.

In 1976, there was a class action suit filed by a group of African Americans that proved that the permit system was biased. Not much has changed. When I was a Maryland State Police (MSP) certified firearm instructor, I used to get calls from people to get re-qualified to keep their permits that didn’t go through all the hoops people like me do. They were oblivious to it, but I wasn’t.

According to MSP, the handgun review board received 5,216 permit requests last year. It rejected 251. Of those thrown out, 179 were denied because applicants did not give a “good and substantial” reason.

I will be chronicling this process so that others can follow me. I have a plan to create a nonprofit organization that teaches firearm safety and concealed carry from home security to marksmanship and from proficiency to acquiring their concealed carry permits.

This is just the beginning. I’ll keep you updated. Stay tuned…