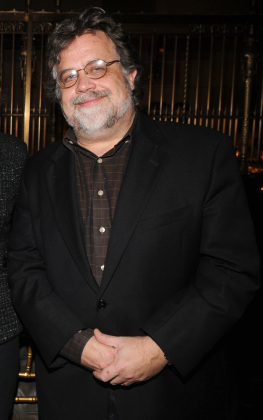 According to the “About” bit next to the editorial Another Idiot with a Gun, Andrew Rosenthal has been “The Times’s editorial page editor since January 2007, oversees the editorial board, the letters and Op-Ed departments, and Sunday Review. He has held numerous positions . . . including assistant managing editor for news, foreign editor, national editor and Washington editor.” While the paper is the family business – his father was New York Times executive editor – Andrew’s success is not due to nepotism. It’s down to his ability to hew to the paper’s political perspective/prerogative. When it comes to guns . . .

The Times is against them. Well, it’s against them for civilians. Well, some civilians. Along with a long list of New York’s glitterati, unlike any average schmo living in one of the City’s five boroughs, Times publisher Arthur Ochs Sulzberger Jr. has a New York City concealed carry permit. This is no small point.

It leaves The Times’ star writer unable to come right out and say that he believes that no one other than police and other government officials – oh, and his boss – should be “allowed” to exercise their natural, civil and Constitutionally protected right to keep and bear arms. Which leaves Andrew Rosenthal in a rather peculiar position: he’s got to support gun rights for the elite while condemning it for everyone else (save the aforementioned government agents).

One of the many problems with the growing normalization of gun ownership is that a growing number of idiots will want to buy and keep guns for no particularly good reason, and a subset of those idiots will go on to kill people.

Witness the latest horror story, in which an 11-year-old Pennsylvania boy, Hunter Pederson, was shot dead by his uncle, Chad Olm.

Mr. Olm said Hunter and Mr. Olm’s son asked to see his collection of firearms. So he obligingly whipped out three guns, including a Glock 27 .40-caliber pistol with a laser sight. (Why Mr. Olm felt he needed such a weapon, or such an attachment, has not been explained, probably because there is no satisfying answer.)

Interesting. Mr. Rosenthal links to the story of Mr. Olm’s egregious actions in the UK’s distinctly down-market paper The Daily Mail, rather than his own rag. But not as interesting as the pretzel logic he uses to belittle gun ownership for the masses.

Like many anti-gunners Rosenthal makes no secret of his contempt for the common man. What’s an idiot, exactly? No definition necessary (although one suspects that he means anyone without a college education). Other than someone who buys a gun “for no particularly good reason.”

Note the qualifier “particularly.” A gun buyer may have a reason to exercise their gun rights. It may seem like a good reason – say, self-defense. But it’s not “particularly” good. In other words, it’s not up to the gun buyer to decide whether or not he needs/wants a gun. It’s up to men of reason like Rosenthal to measure the validity of their reasoning.

And even if aspiring or existing gun owners can explain their reasoning to Mr. Rosenthal and his ilk, who have no time to school themselves in the finer points of personal defense or firearms capabilities, it won’t be “satisfying.” You can almost hear him saying “I’m listening” as he stares out the window of his corner office, bounces gently on his chair and wonders whether he should have eaten garlicky escargot for lunch.

Anyone with the slightest shred of sense knows that you check weapons for chambered rounds before you put them away — not when you’re showing them off — and that you should never point a gun at anyone unless you think you might need to shoot.

Wow. That’s impressive. Like so many antis, Rosenthal displays his ignorance even as he deploys his arrogance. Hey Andrew, anyone familiar with the Four Rules of Gun Safety (as taught by the NRA to tens of millions of Americans BTW) knows you check your weapons [guns but let’s not get picky] before you put them away AND when you take them out. In fact, ANY TIME you take possession of a firearm, even for a moment, you check to see it’s unloaded.

Also, check out the assertion that “you should never point a gun at anyone you think you might need to shoot.” I call it the Progressive Uncertainty Principle: They simply can’t get their minds around the fact that there are times when a person must defend their life, the lives of their loved ones and/or innocent life with lethal force – and can do so without any moral qualms or hesitation.

That kind of black-and-white thinking runs counter to their intellectual education, where everything is open for debate. Well, that’s what they think they believe. In fact, very little is open to debate. Especially the “right” to infringe on the Constitutionally protected rights of idiotic gun owners for [what they define as] the common good.

(My wife comes from a gun-owning family. When she was growing up her father would become enraged if any of his kids pointed so much as a plastic toy pistol at someone.)

Before the comments start piling up from the anti-gun control crowd, I am not saying that all guns should be outlawed or that a better background-check system would necessarily have prevented this senseless death.

But the killing of Hunter is a sign of how out-of-control the gun-owning fetish has become, and how little it has to do with anything the writers of the Constitution envisioned.

The parenthetical aside about She Who Must Be Obeyed reveals that his better half has [partially] schooled him in the ways of the gun – leaving Rosenthal with the entirely justifiable suspicion that he’s both dead wrong and pig-ignorant about guns. Hence his qualifier-laden preemptive strike against the “anti-gun control crowd” (i.e. “mob”). Not “all” guns should be outlawed (just “some”). A “better” background-check system wouldn’t have “necessarily” prevented Hunter’s death (but it might have).

Clearly, Rosenthal has no point to make here, other than “guns are bad” and “gun owners are sick.” Evoking the framers of the Constitution to defend this baseless, meandering, ad hominem attack is laughable. But not as laughable as a man who married a woman whose family valued their gun rights who feels free to piss on them from a great height. Only I’m not laughing.