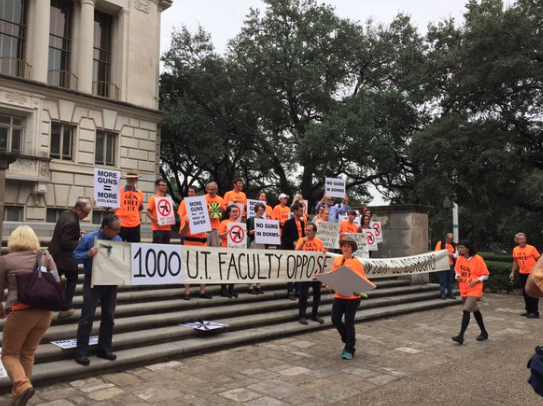 I think this picture speaks for itself, save the tweet from Cassi Pollock that accompanied the image: “~5 minutes before ‘Gun-Free UT’ protest is set to begin, students + faculty chant ‘gun- free UT’ & pose for photo.”