Yesterday morning I learned of the passing of retired Navy SEAL Master Chief Ron Bellan, a cherished friend and a man whose Pursuit Channel show, Reaper Outdoors: Survive the Hunt was one of the increasingly rare ones I actually enjoyed. Losing Ron is a blow to the industry at large not because of his successful show but because he is – was – one of those unusually open, honest guys who stuck to his guns and stood by his friends. I spent two hours trying to decide how to write this. Truth be told, I still don’t know how to do Ron proud. I’ve known Ron for years and consider him a good friend…learning of his death was a blow to my heart I did not see coming. Later this month Ron would’ve been 50 years old, making him a young 49 at the time of his death from a heart attack; twenty-five of those years were spent in military service. He left behind a girlfriend, sister, brother, kids, grandkids, and his mother. No mother should have to outlive their child. There are many words that accurately describe Ron: patriot, hero, hunter, outdoorsman, badass. Mostly, he was a friend. A loyal friend. Ron had your back through the good and the bad. On one hand, we should mourn him; on the other, we should simply remember him. There was the time I ran an ACOG on a mountain lion hunt and, thanks to my astigmatism, saw nothing but a red halo. After a few frustrating minutes at the range Ron turned to me and asked why I was trying to save the bull’s eye. After all, he only had one eye and was doing just fine. Then there was the time we were gathered at Jeff Axelson’s for a video shoot, debating what to do about dinner. Always a problem solver, Ron stepped outside, shot a couple rabbits, and made what remains the best rabbit stew I’ve ever had.

Oh, and Ron gave the best hugs. At 6’4” he had seven inches on me – he had height over most people – and was basically a human grizzly bear. Ron making rabbit stew (after walking outside and shooting the rabbits). Author image.

In the firearms industry Ron was known not only for Reaper Outdoors: Survive the Hunt, but for his work with SOWW – Special Operations Wounded Warriors. SOWW is a 501(c)(3) charity dedicated to providing therapeutic retreats and hunts to both active duty and veteran U.S. Military Special Operations Force who have been wounded whether visibly or not. In seven years SOWW has made great strides helping wounded military members and their hunts are a bit of a legend. Ron played a vital role with the charity and the loss of his guiding hands and kind spirit will be keenly felt for some time to come. 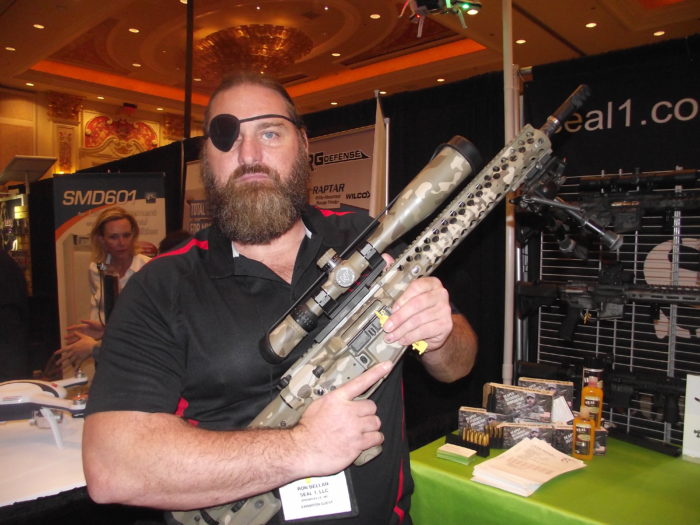 Hunting with Ron wasn’t just about finding and shooting game or predators, it was about the experience. Ron was all about learning as you went. He taught me how to tie paracord to my rifle as an attachment point for a sling, demonstrated proper shelter creation in the mountains, and had laser-like focus for finding the best spots for natural camouflage during a hunt.

His television show taught both basic and advanced survival skills, weaving teaching moments into the hunt. Reaper Outdoors wasn’t about the kill it was about the fields, woods, and mountains. And unlike many outdoor shows, Ron aired more than one show where he and his team got skunked. It was about cherishing the moments; it was about reaping the beauty of nature. That was, after all, why Ron was known as Reaper01: he spoke frequently of his desire to reap the rewards of the outdoors, to reap God’s gifts. To Ron, reaping was about being blessed and the outdoors were that blessing. “I love the name of honor more than I fear death.” – Julius Caeser

As for Ron’s time in the military, he served valiantly. When he retired, he was a Navy SEAL Master Chief. He was a Master Chief during Operation Red Wings, something that sometimes seemed to haunt him. The men many of you know through Mark Wahlberg and Emile Hirsch’s renditions in Lone Survivor were Ron’s friends and teammates. Ron was no stranger to horrific loss and pain. He was also no stranger to back-breaking, dangerous work and the kind of missions most of us could not even begin to imagine. Ron had heart.

He was a Navy SEAL, a part of the brotherhood. He was an honest, ethical, hard-working man. And so I find myself faced with saying farewell to a man who was an amazing, big-hearted friend, a hardcore hunter, and an all-around badass. I’ve taken more than a day to find the right words and am still falling short, so I will simply say, fair winds and following seas. He earned his trident every day. Friends of Ron have contributed some photos to remember him by: 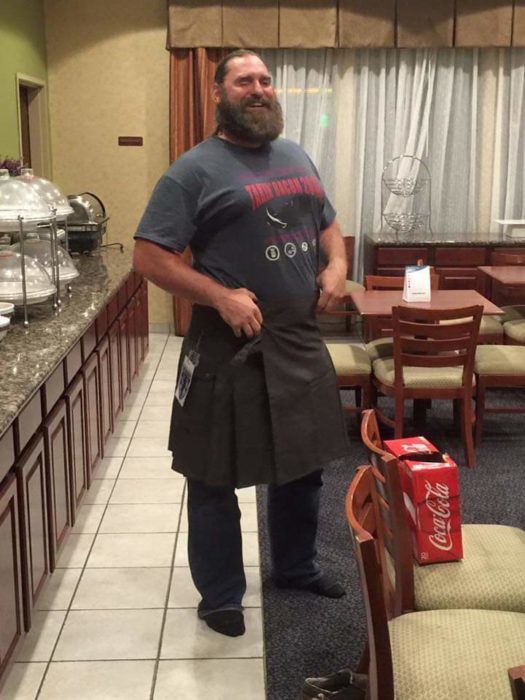 The story of the kilt… photo courtesy of Tina Sturlaugson. Ron, the author, and Jeff Axelson of Axelson Tactical and an article featuring both Ron and Jeff’s company. Author image. 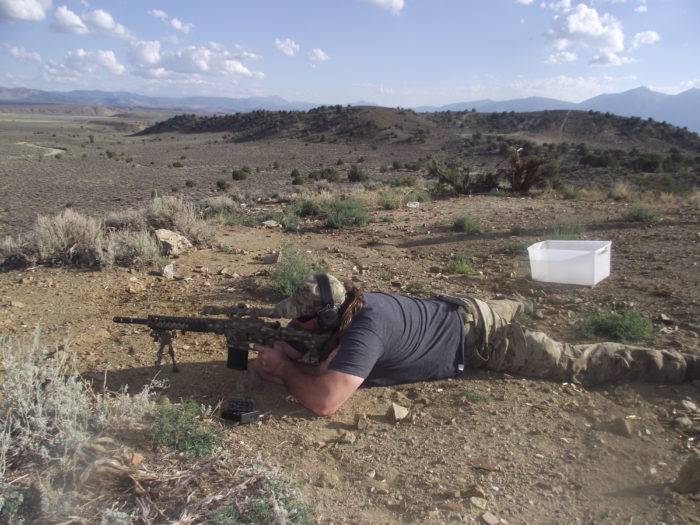 Ron stretching his rifle out past 1,000 yards. Author image. The Ron from the Black Lagoon. Photo courtesy Jeremy Litka. 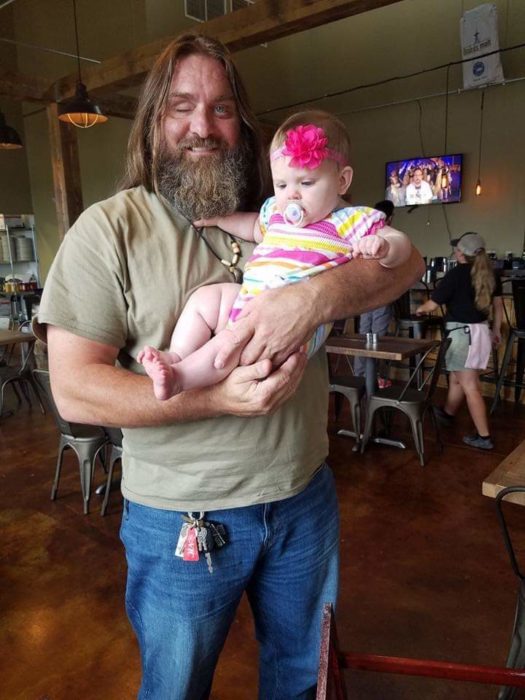 The early days of Ron Bellan’s career in the Navy.