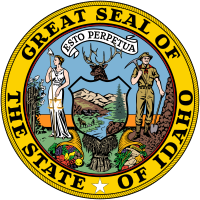 The limited reform of Idaho’s restrictions on campus carry (SB 1254) was signed by Governor Butch Otter yesterday. The law removes the university-imposed restrictions from retired peace officers and people who have received Idaho’s enhanced concealed carry license.  Those two groups will now be able to legally carry concealed weapons on the public property of college and university campuses . . .

Of at least equal importance, the bill reclaims some of the authority to regulate firearms from the universities, and grants immunity from liability to universities and colleges that allow people to bring and store firearms on campus.

No action shall lie or be maintained for civil damages in any court of this
state against the board of regents of the university of Idaho, the boards
of trustees of the state colleges and universities, a dormitory housing
commission, the board of professional-technical education or the boards of
trustees of each of the community colleges established under chapter 21,
title 33, Idaho Code, where the claim arises out of the policy of the board or
commission to either specifically allow or not prohibit the lawful posses-
sion and storage of firearms on its property.