The Basics of Gun Show Etiquette From Someone Who Runs One 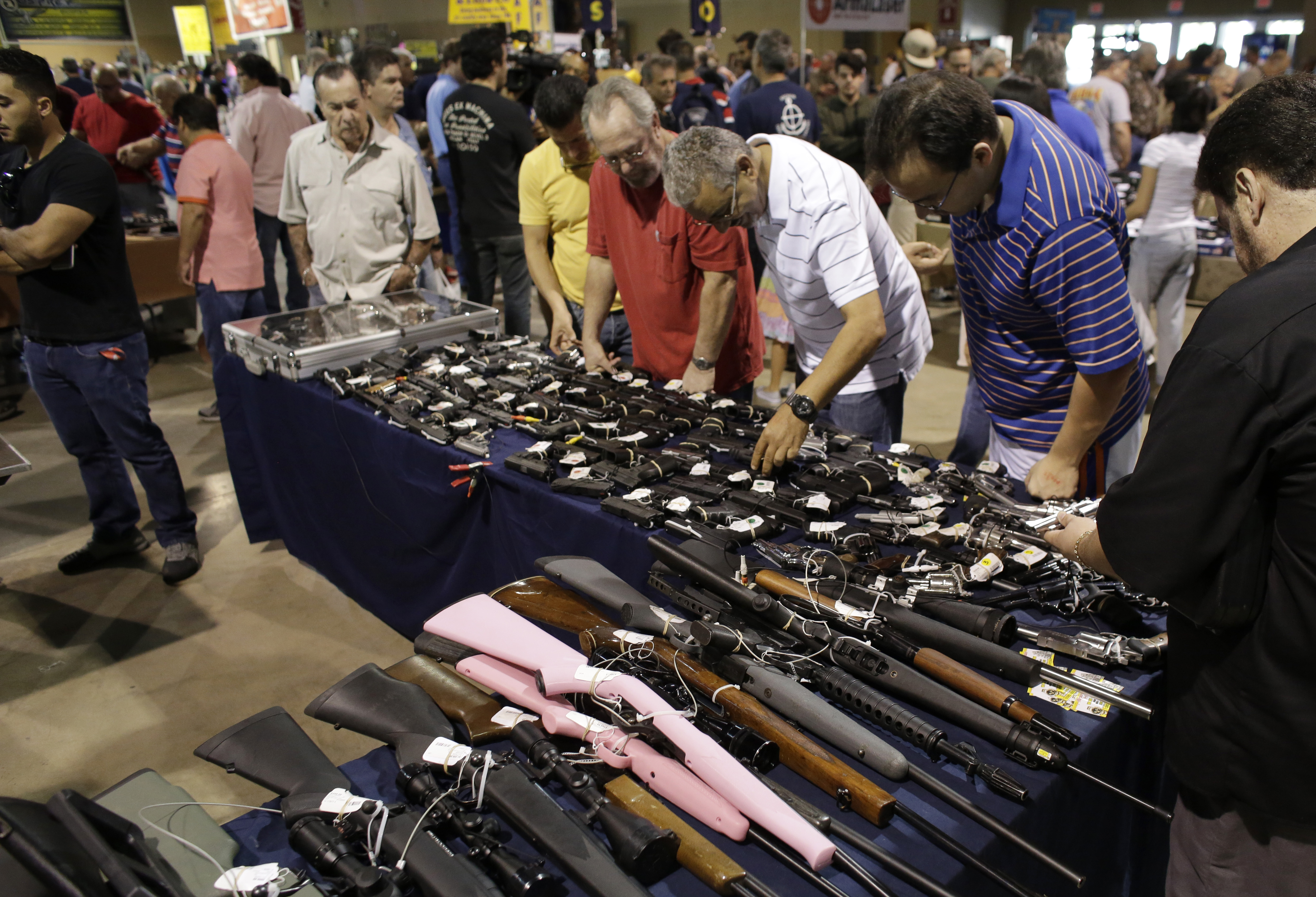 My compadres who work with me at the Chisholm Trail Antique Gun Association check-in table have asked me to compile a short tutorial on gun show etiquette. We understand you’re excited about going to the gun show and we are excited to see you.

Those of us who work gun shows (not necessarily the sellers) have unique opportunities to interact with people, including some who might not normally visit a traditional gun shop, those who are regular patrons, and those who are visiting their first gun show and are new to the shooting sports.

No matter the experience level, though, people sometimes make mistakes, which, when firearms are involved, are deadly serious. Here are a few helpful tips from this side of the table.

Preparation for the show

If you’re going to celebrate the Second Amendment and be surrounded by like-minded people, guns and gear that you might want to purchase, please do a few things beforehand.

Plan to arrive as early as possible. Being early allows you the luxury of taking your time and enjoying yourself safely. Know the ticket price. Also, plan to take enough money with you for whatever you plan to buy (or for that impulse purchase). Most sellers take credit cards, but many vendors don’t.

You’ll find both private sellers and federally licensed FFL dealers at gun shows. They’re required to comply with federal law and state laws. Be sure to bring your ID for any required background check.

Even if you aren’t planning to buy any goodies at the show, be sure to take enough cash for the entry fee, food and drinks. Remember, the price of drinks and food at any event will be significantly higher than it is at your local convenience store.

Find out what rules the show you are attending may have. Is it OK to take photographs there? Are private sales among attendees allowed inside the show? Can you bring in outside food or drinks? This is especially important if you have health issues.

Does the show permit concealed or open carry? Either way, always remember the four universal rules of safe gun handling. They apply both at the check-in table and when you’re on the floor examining or dry firing guns.

Here are a few things to know about the rules we have at the Chisholm Trail gun show, and they’re similar to the rules at most gun shows you’re likely to attend . . .

If you are planning to purchase something for your daily carry gun that will require you to unholster it, please bring it unloaded and not concealed on your person. Drawing a firearm from a holster from concealment at the check-in table or on the floor can cause unwanted concern and attention from the vendors or possibly law enforcement officers in attendance.

Concealed firearms are just that – concealed. Don’t pull yours out at the check-in table. If you do, we will remove the magazine, zip tie the firearm and keep any loose ammunition.

No, you will not get the ammunition back; having thousands of people come through the doors each day, we don’t have the resources to catalogue and return your particular loose ammo when you leave. You’ll find both private sellers and federally licensed dealers at gun shows. Be sure to ask vendors before you handle or dry fire their guns. (AP Photo/Lynne Sladky)

Again, they must be unloaded. And again, we will confiscate any ammunition found in the firearm.

We will zip tie your openly carried firearm to ensure and render it safe. These are our rules and they aren’t up for debate or negotiation. Even event staff and vendors who open carry are required to follow this rule.

Firearms to sell, trade, find accessories for, or get values/repair estimates: YES

As above, make sure the firearm(s) are completely unloaded. Use a chamber flag or have the action open, please. You can find that obscure item or just buy a new gun at your local gun show. (AP Photo/Lynne Sladky)

Loose ammunition or loaded magazines: NO*

Only ammunition brought in the original box or aftermarket plastic cartridge box is allowed.

How to approach the check-in table with a firearm: action open, magazine empty and removed (when possible)

Finally, please keep the firearm pointed in a safe direction at all times. Do not muzzle other attendees or gun show staff. This is a major source of aggravation and incredibly dangerous.

It happens too often, and the offender always says, “But I know it’s unloaded.” That’s fine and dandy, but we on the business end of the muzzle do not know that until we actually check the firearm and render it safe (see above).

At least once every day (sometimes more) during the show, someone at the check-in table will he handed a loaded firearm.

Recently, as a patron passed his handgun over to me for inspection, he muzzled me directly in the chest with his finger on the trigger. When I removed the magazine, it was unloaded. When I opened the chamber a live 9mm round popped out onto the table.

Had he been startled and had a little too much pressure on that trigger, I might not be writing this. And no, you don’t get that round back. It now belongs to me. The loss of a single round of ammunition is a rather small price to pay for violating multiple rules of safe gun handling.

In short, follow the four rules of gun safety as well as your local gun show’s rules and a good time will be had by all. Roam the floor, haggle with sellers, buy some beef jerky and have a good time.

And let’s be careful out there.

Marlon is owner of Knapp Weaponry in Wichita, Kansas. He discovered the shooting sports and firearms at the ripe old age of four, thanks in part to his Uncle Rich, a Nebraska State Highway Patrolman, and Nebraska Game Warden. Marlon is former military and a current NRA and Kansas certified firearms instructor.

The Basics of Gun Show Etiquette From Someone Who Runs One