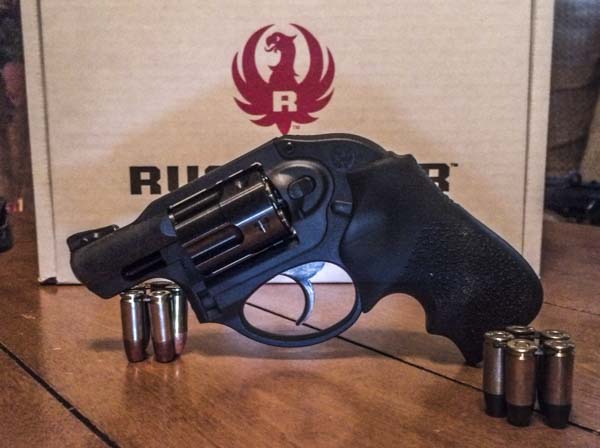 I like weird guns. Always have and always will. What classifies as a weird gun is up to interpretation, but I plant revolvers chambered in automatic cartridges in that category. I’ve actually always wanted one, but times I’d find one and the money I had were never in line with each other.

That was until March of last year when I browsed the local gun store. I was already pretty positive I wanted a Ruger LCR, for all intents and purposes they have been credited as well made, affordably priced revolvers. Lo and behold my money path and desire for a revolver in an auto cartridge crossed paths and I left the happy owner of a Ruger LCR 9mm.

The LCR comes packaged in a cardboard box with the gun, instructions, warranty info, some NSSF brochures, a gun lock, and a soft padded case. You also, of course, get three full moon clips. The moon clips are at least a quarter of the reason I bought this gun. I like posting “ISO 9mm clips for my Ruger” and seeing the nomenclature Nazis lose their minds and be wrong at the same time. 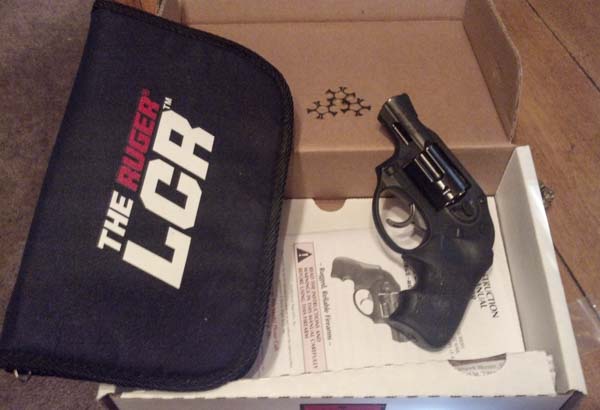 The LCR 9 is, of course, partially polymer and is all black. The LCR has a spartan appearance. It lacks the grace of an all metal revolver, but the fit and finish are certainly functional. Holster wear won’t be a worry because it’s already ugly. If GLOCK made a revolver it would be the LCR. The front sight is a standard snub nose blade and tipped with a little white rectangle.

Why did I purchase such a revolver? Is there any benefit over .38 Special? The answer to the first question is simply because I wanted it. The second answer is there is a slight ballistic advantage over .38 Special, but there is also a significant cost advantage. I also have way more options for ammo in both brand, size, and load. The majority of my handguns and a few rifles are 9mm, so it makes sense economically. Really though I just wanted it, I don’t need or have a real reason.

The grip is a bit short for my paws, which are yuge. For a better frame of reference I wear an XL glove. The grip itself is actually comfortable when it comes to shooting, but I can’t stand a hanging pinky. The revolver is lightweight, but it’s a heavy lightweight if that makes any sense. The LCR 9mm weighs 17.2 ounces which are almost four ounces heavier than the Ruger LCR .38 Special. In fact, it weighs .1 ounce more than the .357 Magnum variant. The other polymer revolver, the Smith & Wesson BODYGUARD 38 weighs 14.3 ounces. I still feel this revolver is light enough for near anyone to carry without complaint. I also feel the additional weight is added for a good reason. Dyspeptic can correct me if I’m wrong, but the additional weight is most likely because the revolver is chambered in 9mm. When a revolver is fired, the rounds in the cylinder are hit by some G forces. The lighter the revolver, the more G forces present. This can make the bullets separate from the unfired cartridge. This can cause all sorts of problems, one being the projectile protrudes from the cylinder and prevents the cylinder from rotating.

Most revolver ammo has a strong crimp to keep this from happening. The same can’t be said for ammunition made for automatics, so the projectile is more likely to loosen and separate. So the extra weight is to aid in preventing this.

Unfortunately, this has happened to me. I was teaching a friend some basic handgun shooting. She brought a box of Winchester White Box 147 grain jacketed hollow points. On the third full cylinder of firing, we had this occur with a single round. To date, I have over 500 rounds of ammunition through the gun and this is the only time this happened. This is also the only time it’s fired 147-grain rounds. The increased recoil of the heavy load certainly didn’t help in preventing this.

Another ammunition issue is this thing does not like steel or aluminum cased ammo. Tula steel and Federal aluminum tend to swell and expand in the cylinder. This makes it impossible to remove via ejector, and a dowel rod and some taps are needed. This is a great way to ruin moon clips. This doesn’t happen with every round, but one cylinder of each was enough. From here on out I just used brass cased ammo. With 115 and 124 grain ammunition the weapon has performed flawlessly.

The LCR DAO trigger is the DAO trigger all production guns should aim to achieve. It’s a little over nine pounds, but it is extremely smooth. It has a very nice break, and if your goal is an uninterrupted pull this is the revolver for you. This is apparently due to Ruger’s friction reducing trigger system.

I’ve come to love the moon clips when it comes to reloads. I’ve had issues in the past with speed loaders and J-frames, but the moon clips make reloading fast and easy. They tend to break easily but you can buy a pack of three for ten bucks.

As you’d imagine a lightweight revolver is going to have some recoil. Even 115-grain loads tend to slap the palm a bit. The stock rubber grips are wide and pretty good at displacing the recoil throughout your whole hand. I’ve never had to readjust my grip, even with +P loads.

What I really hated was three hundred rounds in that little white rectangle on the front sight popped off and disappeared as I rapid fired the gun. Fingernail polish replaced it for now. (Oddly, when I asked the lady at Walgreens what nail polish is best for guns she suggested white matte on the spot.)

The trigger aids greatly in accurately firing this bad boy. At 15 yards I could still hit clay pigeons on the berm with ease. That’s a bit better than minute of bad guy and is perfectly acceptable in my opinion. The rudimentary sights do make quick shooting at a small or distant target difficult as you could imagine it’d be with any snubby.

I like the little gun, even though it’s ammo picky, and I lost the front sight insert, and the grip is too short. It handles well, carries like a dream with my Alien Gear holster, and reloading is fast and easy. I love the trigger and shooting a snubby is always a fun challenge.

Ergonomics: * * * * *
Easy to reload, the grips are great for recoil. The push button cylinder release is excellent, and the trigger rocks. I consider the grip being short subjective because of my large hands.

Reliability: * * * 1/2
This feels dishonest and slightly unfair. The gun always goes bang, the cylinder always turns, and it shoots straight. However, the fact one round of 147 disabled the weapon forces me, to be honest, and real. Plus steel and aluminum ammo is off limits as well. (Reliability is five stars with 115 and 124 grain.)

Customizable: * * * *
I reviewed the gun with stock grips but have since acquired some Hogue Overmold No groove grips. In my search, I found quite a few grip options for the LCR series of revolvers. There is also a wide variety of sights from XS, Hi Viz, Novak Mega Dots, and Ruger’s own Night sights. An XS big dot may be a new companion soon. Of course, you can get a grip laser or a laser mounted on the trigger guard.

Carry: * * * * *
I don’t carry this one often, but when I do it’s cause I’m lazy or going for a run. This thing is so light and comfortable in either my pocket holster or Alien Gear I forget about it. On runs, it goes in a small cross body bag.