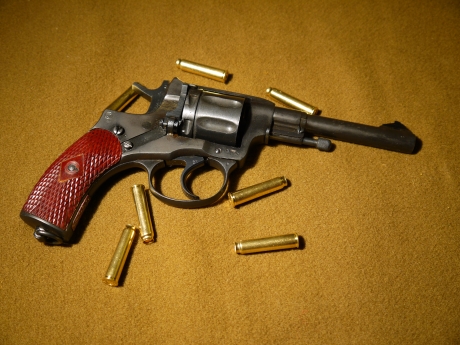 There’s a fatal flaw in revolver design: the cylinder gap. It’s dangerous to the shooter, wreaks havoc with night vision, and bleeds off enough gas that it significantly affects the muzzle velocity. Thankfully there’s an ingenious pistol that eliminates this problem. What’s the catch, you say? It was designed in 1895 . . .

The Nagant model 1895 revolver is a seven shot, gas-seal revolver designed by Leon Nagant for the Russian Tsar. It’s chambered in 7.62x38R. Russian and Soviet troops used the pistol during both world wars. Despite being out of production since 1950, security personnel around the world still use the Nagant m1895 revolver.

While this pistol has a noble history, it’s best known in the United States for one reason: it can be purchased online and shipped to your door for less than $100 (with C&R ). Yes but—ammunition is nearly impossible to find and costs an arm and a leg. While I was at the NRA range, one RSO even leaned into my booth, pointed at the pistol and asked “is that one of those pistols where the ammunition costs as much as the gun?”

As I’ve written before, I find beauty in mechanical ingenuity. Some people may look at the Nagant and see the firearms equivalent of a Yugo. But it’s what’s under the hood that counts. Two major changes differentiate this design from every other pistol in the world: the ammunition and the gas seal system. 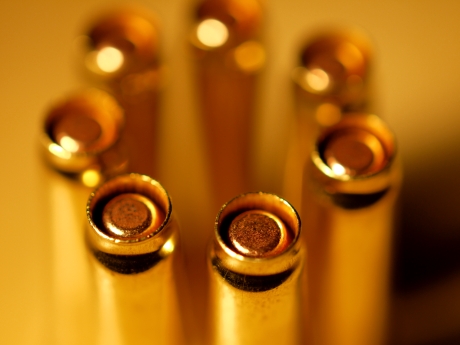 One of the reasons that ammunition for the Nagant revolver is notoriously hard to find: it’s notoriously difficult to produce. With just about every other cartridge in the world, the bullet protrudes from the front of the brass case. The crimp (if any) is at the bottom of the bullet. With Nagant ammunition, the bullet is seated so far down in the case that the case rim is actually in front of the bullet, and crimped over the round. The longer case means that the leading edge of the brass protrudes from the front of the cylinder. 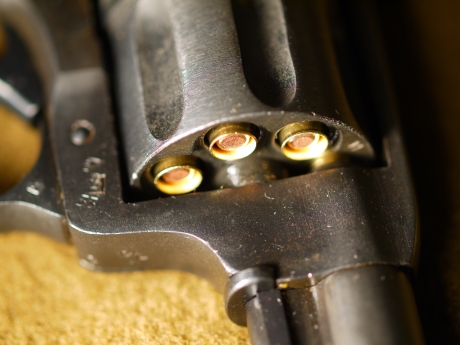 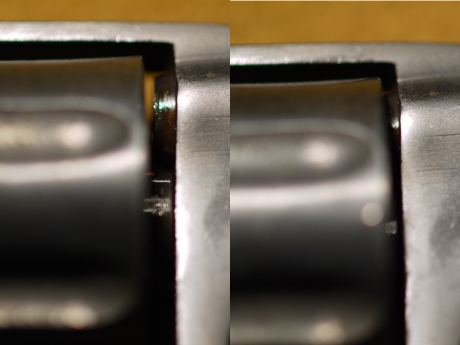 This is when the funky ammunition plays its role. The extended brass case bridges the gap between the front of the cylinder and the forcing cone (covering what’s left of the cylinder gap). It creates a tight seal, so that none of the gas leaks out. This seal increases the pressure in the barrel and makes the bullet fly faster. It also makes the Nagant m1895 the only revolver that can be suppressed effectively.

Do these mechanical improvements make the revolver a better shooter? Well, yes and no. Due to the lack of a cylinder gap, the pistol is as mechanically consistent as a bolt action rifle. But the trigger pull is so atrocious that it doesn’t matter.

In single action, the Nagant’s trigger is crisp and breaks cleanly. It’s still significantly more strenuous than the other revolvers I’ve played with recently. In double action, the Nagant’s trigger turns into a two-stage monster, with a heavy pull to rotate the cylinder and then an even heavier pull to move the cylinder forward into firing position.

As usual, I shot two targets, one in single action (left) and one in double action (right), to illustrate the point. 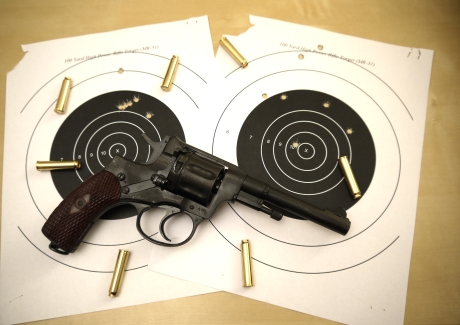 As you can see, the single action target has five rounds touching each other, with only two fliers. The double action target is all over the place (no more so than my SIG was in the last review, though).

There are one or two other minor issues with the Nagant revolver. First, like other contemporary revolvers such as the Single Action Army, the Nagant’s cylinder does not swing out of the frame. You have to load and unload one chamber at a time. There’s a latch to keep the rounds from falling out and as part of the timing mechanism, to ensure that the chambers line up with the barrel (another rather ingenious space and money saving idea).

Second, unlike its American contemporary, the Nagant does not include a fixed ejector perfectly positioned to knock the spent cases out of the cylinder when the loading gate is open. Instead, the same rod that locks the cylinder in place inside the frame unscrews, pivots, and doubles as the ejector. While this saves even more space, cost and production time, it means that getting the spent cases out of the gun is a relatively long and tedious process. 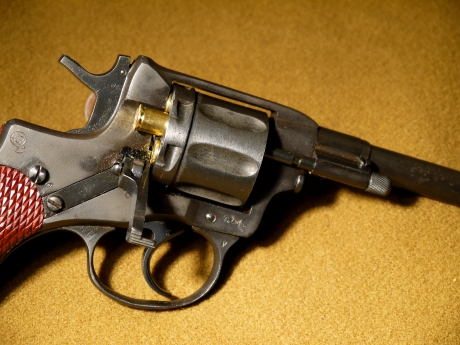 In general, I’ve never liked revolvers and revolvers have never liked me. There’s just something about the cylinder gap that I find to be lazy design work. With the m1895, despite (because?) of it’s flaws, I’ve finally found a revolver that I like to shoot. The m1895 feels right in my hand, it’s reasonably accurate, and it has very little recoil. In my opinion it’s the best $99 I’ve spent in a long time.

Style *
Not winning any beauty contests with this, that’s for sure. Unless you’re a Soviet political officer.

Ergonomics * * * * *
A surprisingly comfortable grip and a slim body makes this gun a pleasure to handle and carry.

Ergonomics Firing * * *
The only issue is with the double action trigger pull. Besides that this is an awesome range gun.

Reliability * * * * *
It’s a revolver. Even though it’s completely rusted out it’s good to go.

Customize this *
There’s absolutely nothing to do to this gun. There are some guides online for making the trigger pull a bit easier and you can thread it for a suppressor, but it’s not like there’s an accessory rail for lights or tritium night sights available.

Overall Rating * * * *
It’s a great gun for the range, but taking into consideration home defense and concealed carry scenarios I think I’d prefer something with a bit more “stopping power”.