The U.S. Army is starting to replace the the aging Remington M24 with the XM2010 Enhanced Sniper Rifle. At the recent NDIA (National Defense Industry Association) get-together, the storied gunmaker has unleashed its vision for the next generation of precision sniper rifles: the “Modular Sniper Rifle (“MSR”). And not a moment too soon; FN Ballista and Sako TRG M110 are seeking to divest Big Green of some of its government contracts. Fortunately for fans of firearms made in the US of A, the MSR answers the call. It takes the modular Sniper Rifle concept to the next level . . . 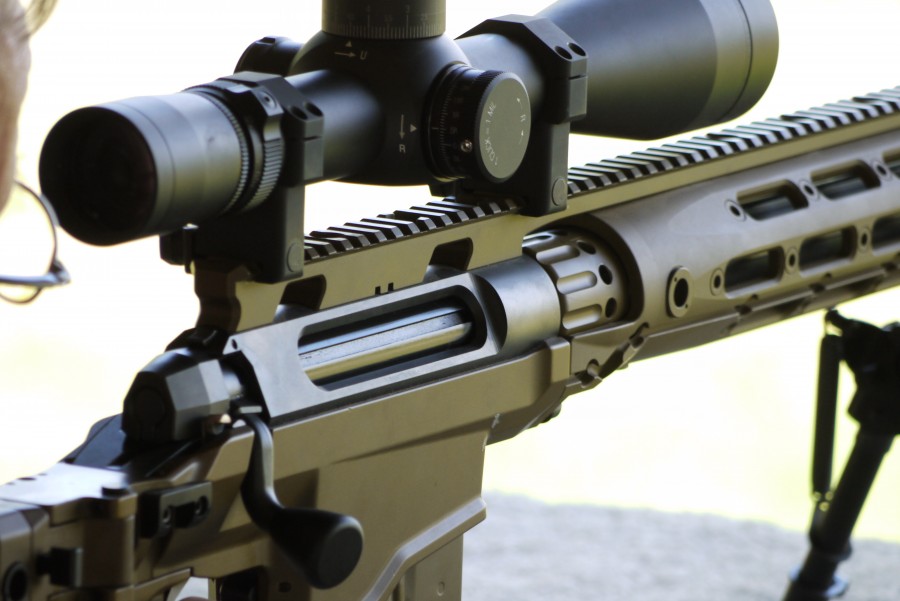 Whereas the XM2010 is based on the tried-and-true Remington 700 action, the trend towards interchangeable calibers has caused Remington to innovate. The company’s fashioned the new MSR’s receiver out of a titanium alloy, incorporating a steel-on-steel lock up system in the barrel extension. We’re talking Ferritic Nitro-Carburized (FNC) Barrels, which increase surface hardness, wear and abrasion resistance, fatigue strength and corrosion resistance.

The MSR operator can quickly change calibers from .338 Lapua, .338 Norma, .300 Win Mag., to 7.62×51 NATO. Swap the barrel, bolt head and magazine and you’re good to go.  The new system automatically sets the headspace for the selected caliber.

The new design loses the 700’s touted round receiver concept in favor of a more angular design. The base rifle weighs-in at a svelte 12 pounds with the 22 inch barrel. It’s combat ready at 17 lbs with full battle rattle (suppressor, scope, bipod etc). Although the action is new, the Remington MSR incorporates the “Remington Adaptive Chassis System (“RACS”) that debuted on the XM 2010. The new buzzword is “chassis,” not “stock.” Military sniper rifles are moving away from bedded fiberglass / composite stocks that resemble traditional hunting rifles, such as the HS Precision stocks found on the M 24.

The new Remington skeletonized aluminum alloy design features beau-coup free-float rails and a highly adjustable folding stock. The MSR shown at NDIA had a different stock than is shown in Remington Defense’s catalogue. My sources at Remington inform me that the military wanted further weight reductions; the end result can be seen in the photo below.

To further enhance portability, the new “Lightweight RACS” buttstock can either be folded or completely removed from the chassis.  The buttstock features an adjustable height cheekpiece with fore and aft positional adjustments, as well as an adjustable position recoil pad and an adjustment for length of pull.

One unique aspect of the RACS chassis: an operator can change out the grip. Even better, the RACS can accommodate any AR-compatible grip: Ergo, a Hogue, a Magpul, an HK PSG-1 style grip, etc. Experienced long-range rifleman know the importance of a comfortable grip for consistent accuracy. Remington gets bonus points for recognizing that one size does not fit all. 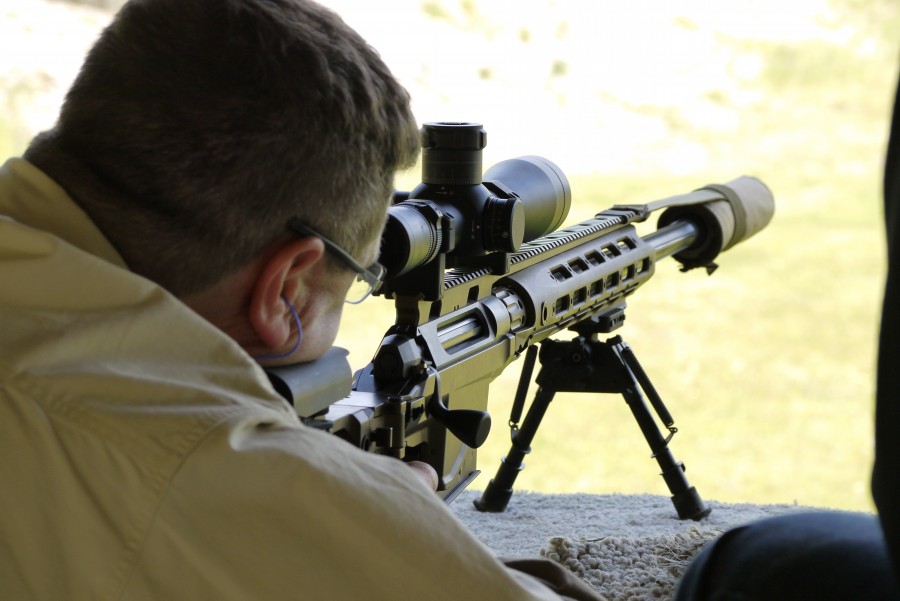 Nick Leghorn and I were able to “tease-fire” the MSR at NDIA. I say tease-fire because we each got to fire two rounds at 600 yards – which is a bit of a tease. Nonetheless, I was able to gain some basic familiarity with the weapon system. The MSR borrows the proven, user-adjustable M24 SWS trigger system. The sample gun’s trigger set at approximately 3 & 1/2 lbs and was creep-free.  I was most impressed by the way that the ACC Titan QD Suppressor tamed the otherwise considerable recoil of the .338 Lapua cartridge. The recoil of the suppressor-equipped MSR didn’t feel much different from that of a typical .223 Rem. It was extremely easy to hit the man-sized targets at 600 yards.

Now the bad news. Short term, the chances of seeing this puppy at your local gun shop are virtually nil.  Ditto for the XM2010. If you did happen to see a MSR for sale in the near future, expect the MSRP to be comparable to a mid-size car. My initial impression: it would be worth every penny, if you like that sort of thing.