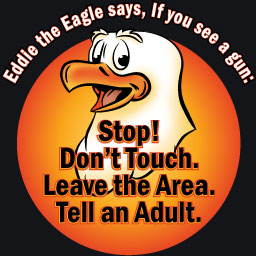 I was re-watching ‘Monty Python’s The Meaning of Life’ for the millionth time last night and with gun control advocates now talking about “safe storage” legislation in the wake of recent school shootings, one scene stuck out. John Cleese is trying to teach his class sex education. While discussing foreplay one of the students suggests rubbing a certain part of the female anatomy. Cleese’s response is classic: “What’s wrong with a kiss, boy? Why not start her off with a kiss before steaming towards the” well, you know the rest. And as he was saying it, in my mind I heard “What’s wrong with education? Why not start off with education before steaming straight towards legislation?” . . .

Gun control advocates always claim that their goal is to reduce “gun violence” while respecting the Second Amendment. Their actions say otherwise. Their solution to every problem is more legislation, whether it’s a national gun registry or universal background checks (with some added restrictive goodies thrown in for fun), requiring safe storage of firearms (with complientary home visits, just to be sure) or mandatory insurance policies. But in proposing new legislation, they always completely skip over the idea of working with groups like the NRA to educate the American gun owner on actual gun safety.

With almost every other cause that’s taken up by the same people who make up the anti-gun left, education is the first thing they try. Mothers Against Drunk Driving decided to make their mark not by legislating stricter laws against handing minors alcohol or making posession of alcohol illegal (well, to be fair, that was tried already). Instead they started an education campaign to get teenagers to understand the effects of alcohol and to be more careful.

When teenage pregnancy was becoming an issue, there was a push not to make sex illegal but to incorporate sex education into the curriculum in schools to make students understand how things work and the consequences of unprotected sex. And it’s the same with drugs, since outlawing drugs didn’t work too well a campaign of “drug awareness” was started which manifested itself in my elementary school as the “D.A.R.E.” program.

For some reason, guns are different. Instead of wanting to educate gun owners about the benefits of safe handling practices and secure firearms storage, they jump straight to increasing the severity of punishment for minor infractions. And, by the way, there’s already a law on the books in Nevada where the kid shot his teacher. And the parents are held responsible if a child gets hold of their gun, a form of “safe storage” law.

The real question: why? Why do the gun control advocates feel that education isn’t the answer when it comes to guns, when it’s their preferred method for solving all of society’s other ills? The answer might be in how they view gun owners. They see us as uneducated idiots and extremists, or (as this blog has been called recently on a gun control forum) “nutters.” It might be that we’re considered unable to be educated, and instead that they need to use the stick instead of the carrot.

Still, that’s my question to groups like Moms Demand Action. What’s wrong with a kiss? Why not start with actual education instead of trying to legislate? Shouldn’t that be something we should try before rushing to violate the Constitution?