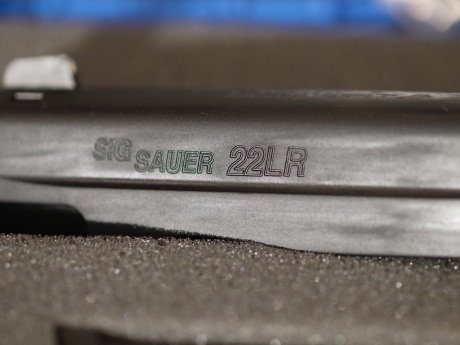 Range trips keep getting more expensive. Everything from gas to ammo prices keep rising and there’s no relief in sight. In these expensive times more and more companies are putting out products that shoot the inexpensive .22lr cartridge and are making conversion kits so that guns with expensive calibers can be less harmful to your wallet. As a cheap bastard, I recently got my hands on a SIG SAUER P226 .22lr conversion kit to try and slice my ammo costs.

The first question that comes to mind when buying one of these conversions is “how much money can this save me?” The answer depends on what caliber you shoot and how often you shoot. At a bare minimum, I shoot 100 rounds of 9mm every time I go to the range, and try to get to the range twice a week. At $0.22 a round (based on cheap-o big box store prices), that’s $44 worth of ammo I throw downrage every week. The same 200 rounds of .22lr costs $10, saving $34. For me, the $270 expense of the conversion kit is “recovered” after 8 trips to the range, or 4 weeks. If you’re shooting more expensive rounds the savings will be even more pronounced. 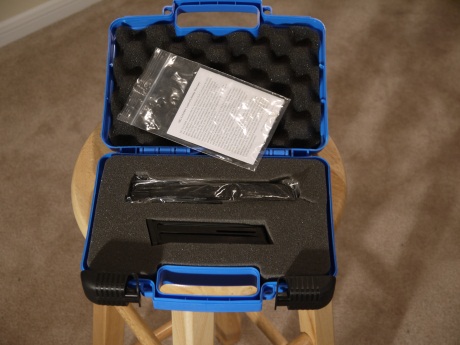 The conversion kit itself consists of a complete new slide, barrel, spring, and 10 round magazine. You also get a very attractive blue box to carry the thing in. The new slide includes adjustable target sights, and the kit has an adjustment wrench included in the paperwork pack. 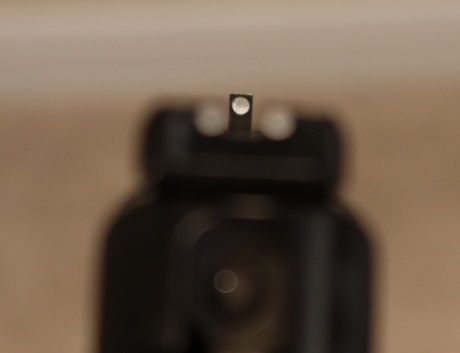 The target sights are very good. And I mean VERY good. I wish I had these sights on my 9mm slide. The dots are easy to pick up, and the front sight is easy to see even in low light. There are adjustment marks on the sights so you can make sure the sights are still where you set them, and the adjustment screws will “click” just like the adjustment knobs on a good telescopic sight.

Installing the kit is as easy as field stripping the gun. Lock the normal slide back, swing the takedown lever, slide the old slide off and slip the new slide on.

The next question: how accurate is it? 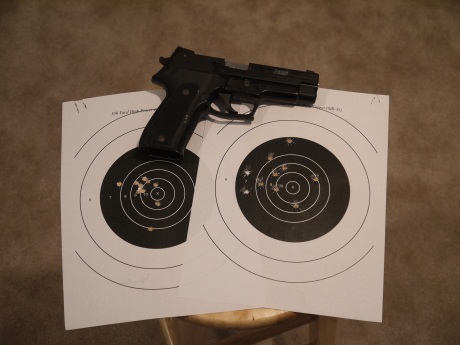 The pistol still “feels” like it’s my normal 9mm pistol right up until I take the shot. The entire lower pistol is the same as it normally is, the only thing that has changed is the slide. The grip and the trigger pull is the exact same as it would be otherwise, the only difference (besides the massively improved sights) is that the recoil is greatly reduced. The action works the same, double action on the first shot and single action thereafter.

There was an alternative reason for buying this conversion kit. When I bring new shooters out to try some of my toys they always want to try the pistol, and the only thing I have is in 9mm. Having a .22lr conversion on my pistol allows them to build good pistol fundamentals before I start throwing in the heavier ammo. 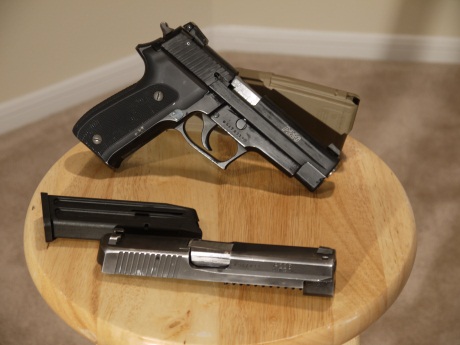 There is one warning I have to those purchasing this conversion kit. The magazine does not force the slide to stay open after the last shot is fired, so your gun will always be in battery after firing all 10 rounds. If you fire your conversion kit with an empty chamber you may damage it, so be aware of how many rounds you have left.

Does it work? Yes it does. Does it cut down on ammo costs? Very much so. Does it reduce recoil for new shooters? Yes indeed. Is it easy to install? If you’ve ever cleaned your gun you already know how. Should you buy it? That’s up to you. But I bought and paid for this one myself.

Utility * * * *
Cheap and useful practice on the range, but you’re still firing live ammo. Replace my slide with an airsoft barrel and we might have something “perfect”.

What Could Possibly Go Wrong
Nothing. Unless you shoot yourself. Which would be dumb and we would laugh at you.

Overall Rating * * * * *
Cheap, accurate practice using some really nice sights. If only the local match director would let me run this in USPSA…