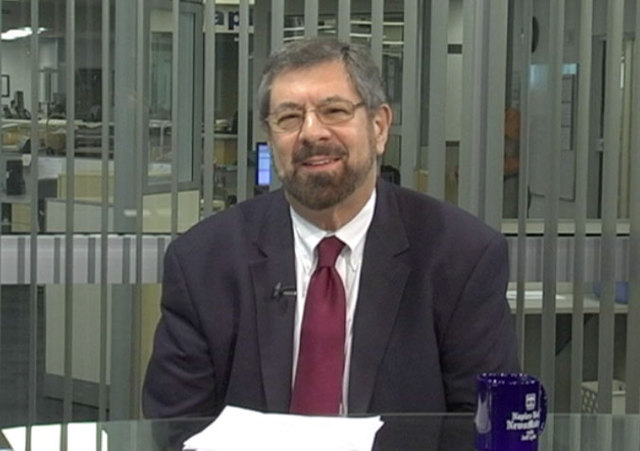 prohibits discrimination by licensed practitioners or facilities based solely on patient’s firearm ownership or possession; prohibits harassment of patient regarding firearm ownership during examination; prohibits denial of insurance coverage, increased premiums, or other discrimination by insurance companies issuing policies on basis of insured’s or applicant’s ownership, possession, or storage of firearms or ammunition; clarifies that insurer is not prohibited from considering value of firearms or ammunition in setting personal property premiums; provides for disciplinary action.

Question: what part of that prohibits Florida doctors from asking patients whether or not they own a firearm, and recommending that they ditch their gat or store it safely? “Prohibits harassment of patient regarding firearm ownership during examination”? Maybe. That depends on what you call “harassment.” (The exact text bans “unnecessarily harassing.”) I’m thinking that asking patients about firearms safety does NOT constitute harassment. Unless it does. You?

It’s THE critical question about the bill, signed into law and due to go into effect this year (after judicial challenges). If merely asking the question constitutes harassment then I remain opposed to this legislation. If it doesn’t, I see nothing wrong with any of the bill’s provisions. Let me be clear . . .

I reckon doctors should be able to ask patients anything they like, from how many guns they own to whether or not they use a car seat to why the Tampa Bay Buccaneers suck. And make recommendations on gun ownership, car seat use and the best way to put the Buccaneers back in contention. If a patient is unhappy with the doctor’s questions or recommendations, the patient is free to seek alternative care.

I don’t think doctors should ask about guns. But I believe that the government should stay out of interpersonal relationships of any kind, sort or description. Saying that, I certainly agree that doctors and medical insurers should be prohibited from recording any non-medical information or discriminate against patients based on their exercise right to keep and bear arms, practice religion as they see fit, or any other natural, civil and Constitutionally protected right.

Of course, the anti-gunners don’t see it that way. They continue to consider docs lobbying against gun ownership as fair play. You know; as a public health issue. For the children. ACLU of Florida Executive Director Howard Simon [above] is one of those who opposes the bill. Here’s his take [via huffingtonpost.com]:

Florida legislators have lost their way on the issue of guns. There is a constitutional right (both state and federal) to own a gun. I get it! But the Second Amendment doesn’t trump the First Amendment: The two are not even in conflict.

This is a conflict contrived by the NRA. They should be as strong on gun safety as they are on defending the right to own and possess a weapon. Talking about gun safety is no threat to gun ownership.

Guns, especially in a home with children, are a public health concern. Doctors need to encourage their safe storage to protect families. Given the number of accidental shootings when a child finds an unsecured gun or even brings the weapon to school, offering advice on firearm safety is the duty of every medical practitioner.

It is sad that two of the four federal judges who have looked at this law are so stuck on the gun ownership issue they can’t appreciate the public safety concern . . .

“Do you safely store guns out of the reach of children?” is as much a part of the routine public health and safety concerns of doctors as any of these.

If this law is not struck down and actually inhibits doctors from advising patients on keeping weapons safely out of the reach of children, it could be dangerous — especially for the children of Florida.

There is no legal or moral basis for balancing Constitutionally protected rights against public safety. I’ve said it before, I’ll say it again: the right to keep and bear arms is not subject to arguments about social utility. You’d hope the ACLU would understand that. Until they realize that, they will continue to make the same mistake as gun control advocates: sacrificing liberty for an illusion of safety.