New calibers face a ton of challenges when they’re introduced, but they’re always something that interest me. Federal’s newest cartridge, the 30 Super Carry, might be a big hit.

The current crop of carry guns are all about small size and maximum capacity. There is a reason why just about every company out there produces a higher capacity micro-compact or two. This new cartridge seems to fit with that current theme and will maximize capacity and size without sacrificing capability.

The 30 Super Carry is seemingly targeting both the 9mm and .380 ACP. Federal reservedly calls the new round “the most revolutionary self-defense advancement in nearly 100 years.”

According to Federal, the 30 Super Carry outperforms the .380 ACP by a large margin and keeps up with 9mm in handgun ballistics. Unlike 9mm, .40 S&W, and .45 ACP, Federal’s new round has been designed from the ground up for personal defense and concealed carry. The .312 projectile weighs 100 grains and reportedly penetrates to FBI standards with impressive expansion. The energy dumped into the target is similar to that of a 9mm, and it easily outperforms 380 ACP in all fields ballistically.

It’s a smaller round and as such, you can fit more of them in each magazine. Twelve 30 Super Carry rounds can fit in a standard 1911 magazine, and in current 9mm chambered handguns, it seems they can add two rounds to their capacities. Federal plans to release both JHP and FMJ loads under the HST and American Eagle brands. Also, Speer and Remington will be producing ammunition in the caliber as well.

I see promise in the new caliber. It reminds me of the 7mm Penna of years past and seems well suited in the current crop of micro-compacts. I’d love to see drop-in conversion kits for existing 9mm pistols.

Right now, all our ballistic information comes from Federal. While I’m not disputing any of it, I’d also like to see some independent testing. Trust but verify and all that. 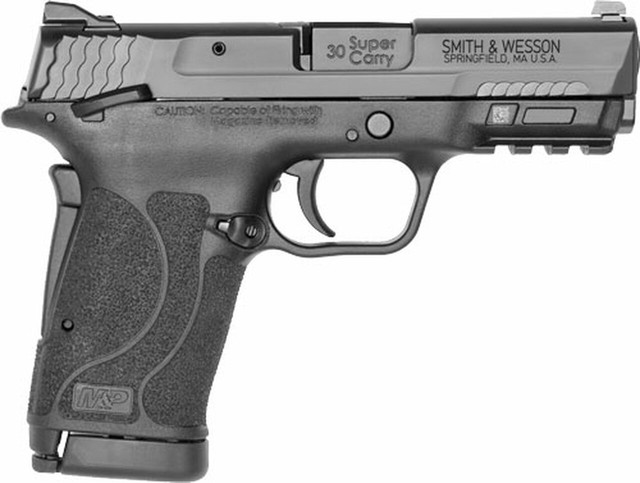 With that said, I don’t necessarily think 30 Super Carry will kick 9mm to the curb any time soon. Nine millimeter is plentiful, (relatively) cheap, and effective. Where I think it 30 Super Carry will shine is up against .380 ACP. It will allow for greater performance along with additional capacity. It’s not like 380 ACP is the cheapest round on the market either.

Like any new cartridge, for 30 Super Carry to succeed it will need ammunition support, firearms support, and the everyday gunner to make the initial investment. This one seems worth watching.