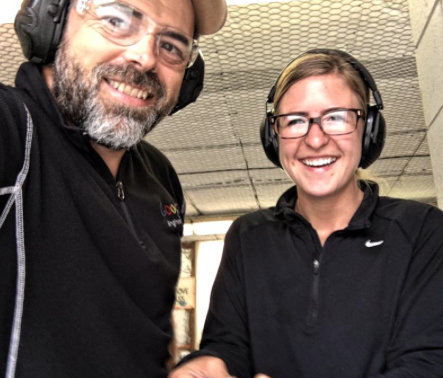 Responding to pressure from Moms Demand Action for Gun Sense in America and other gun control groups, Facebook has banned gun sales on its service. As forbes.com reports, the ban is a bust. Matt Drange offers five reasons gun sales continue on the site: Facebook relies entirely on user reports for enforcement of its policy, secret groups make it impossible for outsiders to flag suspected sales, Facebook doesn’t have an option for reporting gun sales, gun owners have come up with ways to advertise guns in clandestine ways and Chuck Rossi (the pro-gunner behind the scenes at Facebook, above). All of which proves . . .

You can’t stop the signal. That said, Facebook can. It can ban all firearms-related content on their website. Sad but true: the only way they can stop private gun sales — which are prima facie legal — is to pull the plug on all gun-related pages.

Will they? I reckon one high-profile shooting by someone who bought a gun on Facebook will be the catalyst for a total gun ban. Pressure from a Clinton-led White House would no doubt increase the likelihood of a blackout.

Meanwhile, many of us in the business of providing gun info suspect that Facebook has changed its algorithm to limit sharing of firearms pages’ posts. TTAG has seen a sudden, dramatic and unexplained drop in our Facebook traffic, down from 20 percent of our main site page views to well under 10 percent. Other gun pages report a similar fall off.

If Facebook does go anti-gun, the impact on their traffic will be negligible. But the impact on sites like Gunbroker and Armslist will be dramatic. Not to mention gun-oriented Facebook wanna-be’s. Unfortunately, that will perpetuate the ghettoization of American gun culture, already banned from advertising in the mainstream media.

Watch this Face. I mean, space.