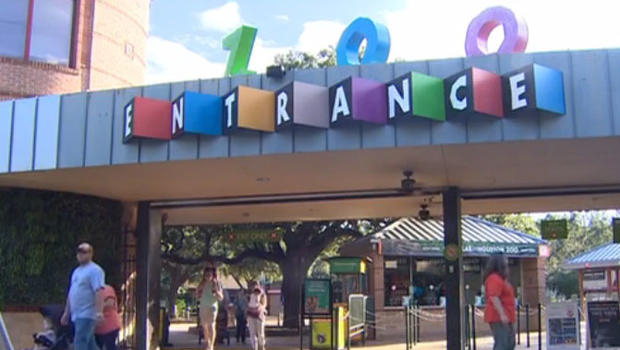 The Houston Zoo used to have what’s known colloquially in Texas as the “30.06” signs, named after the section of the Texas code that describes how to post a ‘no guns allowed’ sign in compliance with the law. Persons who ignore such a sign do so at the risk of committing a Class A misdemeanor, which can involve an all-expenses-paid stay of up to one year, courtesy of the Texas penal system. After receiving a demand letter from Edwin Walker — an attorney and local gun rights activist — the Zoo is taking down its anti-gun signs. The Houston Chronicle has the story . . .

Though the Houston Zoo is operated by a private entity, the Hermann Park land it sits on belongs to the city. Private business owners can restrict gun usage; on most government properties, however, licensed Texans are allowed to carry guns.

Now, under legislation that took effect Sept. 1, residents who believe governments are violating that law have a streamlined and strengthened means to file a complaint locally, with the option of appealing to the Texas attorney general. Local governments risk daily fines of up to $10,000, depending on the number of violations, if they fail to remove signage deemed illegal.

All credit to Houston attorney T. Edwin Walker with Texas Law Shield. Walker sent a letter to the City of Houston on Sept. 3, pointing out the signs were illegal and the City risked shelling-out serious shekels for their transgression. The signs came down eight days later. But not without grumbling. Zoo and city officials are “investigating the legal implications of the request.” They reckon the facility qualifies as an educational institution under state law, which would allows a gun ban. Meanwhile, this:

“We do recognize that this has the potential to confuse or concern our guests and members,” Wallace said. “And we want to emphasize that this will not alter our number-one priority, which is the safety of our guests, employees and animals.”

It’s good to see that Texas has enacted legislation that allows its residents to fight back against officious bureaucrats and municipal officials who seek to violation their civil rights for political purposes.

“I hunt and everything, so I’m not going to hurt someone with a gun,” said John, a zoo patron. “If you feel more secure with a gun, carry a gun….”

“If you have the right to carry, you should be able to carry,” said Chrissy Richey, a zoo visitor. “That’s my opinion. Everyone should be safe. If you think carrying a gun makes you safe.”

Not all of the patrons were so favorably-inclined, of course:

“You just never know these days. I’d feel safer going somewhere where it’s restricted but what can you do,” said Felica Manuel, a zoo patron.

“I probably won’t be coming here anymore, but probably bad for them,” said Anna Runge, a zoo visitor.

Of course we don’t know the exact opinion of all Texans on the subject, though given that Texans voted for the legislature that passed this law, we can probably infer that a majority is okay with the carriage of guns at the zoo. One thing we are sure of: Hillary Clinton’s national favorability ratings continue to trail those of the NRA.