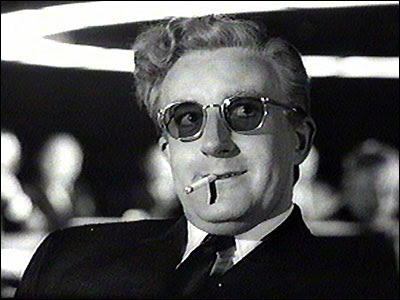 I’m no gun nut. Aside from a belief that we all have an inalienable right to defend ourselves, our families, our fortunes and our sacred honor, I’m decidedly NOT a “guns are the answer to everything” kind of guy. I’m AM a believer, however, that it’s better to be prepared (and armed) should something bad go down, rather than taking the Pollyanna approach and hope that a crisis never occurs. But how did I get from “I don’t think guns are a good idea for personal protection”—my original belief system—to where I am today? Sherman, set the WABAC machine for 1980 . . .

I was in college (which took me years, as I put myself through school), working two jobs and taking a less-than-full load o’ classes. In one of my jobs, playing drums in a jazz trio, I visited some of the seamier alleys in downtown Shreveport (they don’t typically let the guys in the band load and unload through the lobby). Oddly enough, the loading docks are never the kind of place you really wanna be, especially late at night. I had no choice. It was thator leave my drumset at the club. That was not a workable option.

Occasionally, I got creeped-out. (Today, I’d call that feeling “situationally aware,” but that was then and this is now.) I began to wonder what would happen if I was carjacked, assaulted, robbed or mugged. Not a pleasant thought.

Ordinarily, I don’t worry too much about personal safety. I’m 6’4″. Most people assume that I’d be a formidable opponent in a fight. (Must be the mustache.) After hearing about some robberies downtown, I’d started to wonder if I shouldn’t get something to protect myself. Apparently, there was a gang in the area, which meant my tactical advantage of being big was negated by their force of numbers.

Then the day after the “Day that Will Live In Infamy” happened.

It was a Monday night. I’d been working/studying/burning the candle at both ends. Decided to turn off Monday Night Football and call it an early night. The next morning, my clock radio awoke me with one after another of songs by John Lennon. I remember thinking through my morning fog, “Wow. That’s three Lennon songs in a row. Kinda weird.” Then the DJ said “Yep, we’re playing songs all day today to commemorate the life and death of former Beatle, John Lennon.”

I was instantly, fully-awake. Did he say DEATH of John Lennon? That couldn’t be! Lennon dead? Accident? Plane crash? Drug O.D.? What the Hell Happened?!

The radio was no help. I ran to the TV to catch the morning news shows. Sure enough, there were the reports. Lennon was dead – shot down by some mentally-disturbed idiot. I was in shock. And I was not alone.

I was too young to be really affected by the JFK Assassination. Ditto for MLK’s or RFK’s. But Lennon’s murder affected me deeply. And it was at that moment that I thought “guns are not the answer.” I gave up any thought of arming myself. My logic was simple. (Flawed, I see now, but simple.)

I thought, “I don’t know the first thing about guns. I’d probably shoot myself, or kill an innocent bystander if I had to use it. And besides, if I had a gun, I’d be more likely to make things worse, I might even be looking for a reason to use it, and turn a potentially survivable situation a fatal one.”

That was 1980. I spent the next 20 years or so as kind of a neutral pacifist. I didn’t go along with gun bans (I am, after all, a conservative). But I didn’t see the logic in owning one. WIth one small exception.

My dad bought me a used shotgun, because I’d had some issues with a former roommate and a love triangle between me, him, and a girl we both dated. He’d spent much of his adult life striving for a kind of weird eccentricism as his credo. I believed he’d gone round the bend over this woman, and that she and I were both in danger. Having a 12 gauge around was some comfort, as my former roomie was a martial arts expert, and I needed something to offset his hand-to-hand combat advantage. Still, I felt that having a shotgun in my closet didn’t really mean I’d lose my pacifist street cred.

In 1998, my daughter was born, and suddenly, my outlook on life changed. Caution lights were no longer greenish-yellow, but as red as a red light. Risks were for suckers. And protecting my kid was my Job #1.

When she was born, we lived in what my ex- referred to as a “transitional neighborhood.” Our street was lined with houses built around the turn of the century that went for a quarter-mil and up. Two streets over was a bario. Let’s just say there was an outreach program from the disadvantaged neighborhoods to ours – the kind that comes with black helicopters flying overhead, police reports, and calls to your insurance adjusters.

Still, I didn’t buy a gun and learn how to shoot. Our self-defense solution? We moved.

Living in Plano after years in Dallas was like moving from a melting pot to a platter filled with white bread. Oh, sure, there was still crime, but home break-ins and carjackings were a small part of the stats, compared to Old East Dallas. Then 9/11 turned the world upside down.

Up until 9/11, I really thought that the government would keep us safe, and that the police were here to stop crime before it happened. I was, in a word, naive. I became increasingly worried, not about terrorist attacks, but about what might happen to law and order if a large-scale attack occurred. I began to see the police and their mission more as solving crimes after the fact, with their ability to stop crimes before they occurred as limited, at best.

I realized that it wouldn’t take much to bring our economy to a standstill. To see officials forced to call out the National Guard and declare martial law. Watching the aftermath of Katrina really brought that home to me. The police were not only powerless to stop the looters, but in some cases, joined in on the looting. Scary stuff.

Over a period of about a year, I started rethinking my position on handguns and self defense. It was then, I realized that I’d been the victim of groupthink, courtesy of the mainstream media, gun control advocacy groups and any number of politicians.

As I opened my metaphorical eyes to reality, I realized that almost everything I heard in the media regarding guns was spun to support the argument for getting guns out of the hands of the general public.

I like to do my thinking for myself. I began to read – not gun magazines, but histories. I read the Constitution. Books about the history of the USA, books on Communism, Socialism, Capitalism, and self-defense. I came to understand that guns are simply tools. They can do great harm, or great good. It’s entirely dependent upon who is holding the gun, as to what purpose it is used.

Thing is, I learned that no matter how noble a government may be in the beginning, when We The People have no way to defend ourselves, governments get out of hand far too easily. I learned that it’s essential to preserve our 2nd Amendment, for it is the last line of defense for all the others in the Bill of Rights, and the Constitution itself. And I realized that with great power comes great responsibility. Owning a gun is a great responsibility.

So I got some training, went to the range and qualified for a Concealed Handgun permit. I bought a gun. And I learned how to carry it responsibly. Then one day, I looked back and realized that my transformation from vaguely anti-gun to someone who is decidedly pro-self-defense was complete.

So the next time you hear some friend start talking about how evil guns are, or how we’d all be better off without guns, you might pause a second, and think about how you can encourage them to set off on their own journey of enlightenment, rather than just dismissing them as a gun control nut.

If more of “us” were willing to have intelligent discourse with “them” (backed up by logic, reasoning, and facts), we just might find that there’s some common ground. That they can awaken from the effects of media spin and come to know the truth about guns.