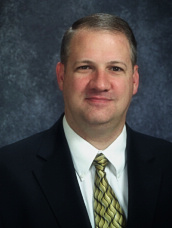 It appears that the young master Keontre Reese didn’t read the papers. If he had, he might have seen Pastor Tom Vinyard’s open letter criticizing the local police chief for advocating stricter gun laws. Maybe Reese couldn’t read at all. You’d think seeing a sign on a house stating, “Nothing on this property is worth your life” would encourage him to select another target. It seems foolish to break into the house of a “vocal supporter of gun rights” and then attack him in his own home . . .

A pastor at a northwest Oklahoma City church who has been a vocal proponent of gun rights has been cleared of wrongdoing in the fatal shooting of a 14-year-old boy at the pastor’s home. …

The pastor arrived home about 3 p.m. and as he checked his house, he was attacked by the burglar, who had been hiding in a closet in a back bedroom, Prater said.

As the Pastor’s published letter detailed, during a mission to Africa, his family’s home was invaded and his skull fractured by his attackers. He and his family cooperated with the robbers, but it wasn’t good enough. Highly restrictive gun laws in the country where they were working prevented them from being armed.

I suspect that experience did much to shape and reinforce Pastor Vinyard’s Second Amendment Advocacy. It’s sad that his fourteen year old attacker didn’t pay attention in Sunday school — if he went at all — and did not heed the warnings on Pastor Vinyard’s house.