One of the most popular handgun choices for new shooters and experienced concealed carriers alike are small, compact pistols in .32, .380 or 9mm. These diminutive pocket pistols tend to be lightweight, very compact, sleek in design, and make extensive use of polymer and aluminum frames to reduce weight.

They also tend to be affordable which has the effect of putting them within easy financial reach of many would-be gun owners. Some manufacturers recognize that these types of guns are as much a lifestyle choice as a self defense tool, and offer them in a pleasing array of colors, which further enhances their appeal to new shooters. However, there’s a sometimes confusing array of these pocket rockets, made more complicated by the caliber choices, a point of contention among many gun owners. So let’s take a look at a few types, weighing the pros and cons of the three most common calibers these little guns.

If you’re a new gun owner, you’ve probably already picked up on the fact that debates over the “best” caliber for given gun are both common and at times rather heated. While too many people steadfastly insist that only one particular caliber is suitable for self defense, or dismiss a round simply because their buddies and the local gun store gossip group don’t think much of it, the reality is that there is no one ideal round.

While I have larger guns, my go-to small carry piece is a small Kel-Tec P32 in .32 ACP. A good friend favors a Ruger LCP II in .380. And for a while I was also carrying a 9mm SCCY CPX-2. Boom. Instant debate. All three calibers have their pros and cons, and the simple truth is that there is no “best” round for all shooters in all situations. Your choice of a compact pistol is a tradeoff of budget, stopping power, and physical prowess. Each person will make different choices for different reasons, none of which is incorrect for them. So first, let’s examine the three rounds.

Our story begins as so many of these stories do, with John Moses Browning. Both the .32 and .380 were designed for early semi-automatic pistols at the dawn of the 20th century. It didn’t take long for them to find their way into smaller and smaller form factors. Around this same time, George Luger was pioneering the 9mm round which bears his name. However, it wasn’t until well after WWII that the 9mm became commonly used in the United States. And it wasn’t until the 1980’s — almost a century after it was first designed — that it became the uber-common cartridge that it is today.

When designing a pocket pistol, you have to balance size, weight, and recoil. Recoil is managed in pistols of this size through using small, less powerful cartridges. Felt recoil increases as size and weight decreases. At some point a level is reached where the felt recoil becomes excessive in relation to the size of the gun. There’s no cheating physics.

It’s worth noting also that all three cartridges we’re looking at weren’t designed for the short two- to three-inch barrels of common pocket pistols, but four-inch or longer barrels. Running these rounds through a shorter barrel increases muzzle flash and felt recoil, and at some level can become unpleasant to shoot. So what’s the practical difference between .32, .380 and 9mm? Well… a lot. Some of these pistols come with double stack magazines offering 10 or 12 rounds while others are slimmer single stack designs. Like most common pocket pistols today, many 9mm guns are double action only, which means a trigger pull with a long takeup and a stiff break. That’s a safety feature that greatly reduces the chance of an unintended discharge.

So what’s it like shooting a tiny 9mm? Well, it depends. Because the 9mm is so popular with military, police, and private citizens alike, there is a huge array of ammo to choose from, including heavier bullets, and rounds operating at higher-than-standard pressures. As a general rule, shooting standard pressure ammo with light bullets will give you reduced recoil, but also reduced stopping power. Most pocket 9mm pistols are rated for casual use with higher pressure +p loads, which basically means you should only shoot those when you have to.

One thing to keep in mind, is that from a short barrel, you’re wasting a lot of the the 9mm round’s potential. While ammo like the Hornady Critical Defense 9mm is designed to work well in short barrel pistols and deliver less recoil and muzzle flash, such 9mm rounds are the exception. Still, if you’re comfortable with the recoil, there’s a lot to be said for small 9mm pistols, including a wide choice of inexpensive ammo. A good friend of mine favors a .380 Ruger LCP II. This is a revised version of Ruger LCP, which many say is basically a copy of the Kel-Tec P-3AT. There are plenty of other tiny .380’s on the market like the Khar CW380, Taurus 738, Beretta Pico, or the Colt Mustang Lite. This is far from a comprehensive list, and with a bit of shopping, you can get into a modern, safe .380 pocket gun for under $200. The physical form factor of the .380 round is almost the same as the 9mm (9x19mm vs 9x17mm), but the less powerful .380 can be built with a lighter slide and frame, making it a more popular caliber for tiny pistols. However, it’s also a real and sometimes literal pain to shoot.

My first introduction to a compact .380 was the original Ruger LCP about seven years ago. At the time I was shooting a .357 revolver and the LCP belonged to a friend. We both remarked that it was all but impossible to tell the difference between the recoil of the 6-inch .357 we were shooting and the tiny LCP. Again, Hornady makes reduced recoil Critical Defense loads, but you’ll find most .380 ammo can be quite stout in the recoil department.

Which brings us to the last caliber on the list, and my current every day carry choice, the .32 caliber pocket pistol. That same day I was shooting an LCP, I was also shooting the first of three different Kel-Tec P32’s I’ve owned.

I can already hear the scoffing. After all, the .32 pistol exemplifies the term “mouse gun” and is readily dismissed as underpowered and pointless. Aside from three different P32’s, I’ve owned four or five other .32’s of various flavors, ranging from cheap Saturday Night Specials, to Czech police sidearms, to a WWI issued French Ruby. Suffice it to say, I like the .32, and for good reason. Of the three calibers on this list, the .32 alone offers minimal recoil, and is the easiest to shoot. It is also the rarest of the three guns. Most people figure, with more potent offerings in a similar size, why bother, with the weaker round? On the high end, the famous the Seecamp was literally designed around the surprisingly hard hitting 60 grain Winchester Silvertip .32, or you can choose the well made Beretta Tomcat. North American Arms, and Kel-Tec also make very nice and affordable .32’s.

So when faced with three different calibers with various pros and cons, ranging from recoil to stopping power, how do you choose?

While I’m physically capable of shooting any of the guns discussed here, not everyone is. In preparing this article I sat down with friends and acquaintances, and even did a little horse trading. My SCCY 9mm, went to a retired IBM programmer in trade for my current Kel-Tec, and some other goodies. I had the opportunity to work with a very nice Ruger LCP II, and a cute little pink Taurus .380. Sitting down with a diverse group of people with different ages and physical skills lead to some interesting observations.

When looking for a pocket pistol, size and recoil were the two things that mattered most. Skilled shooters regardless of age, and who were in decent physical health happily chose a .380 or 9mm. A woman in her 60’s who is a retired EMT packs a compact .380, while another person all but pounced on the .32 auto, any gun with stouter recoil would have been too much for her to handle.

A self described “urban farmer” with an abusive ex boyfriend finds great comfort in her .380. My friend with the LCP II chose it for discrete concealed carry and stopping power, over the slimmer, lighter .32. I choose the .32 for discretion, ease of use, and reduced wall penetration in case of a miss in close quarters.

A quick rundown shows that when size of the gun is the most important (many people choose a small pocket pistol for discrete carry), that larger calibers are favored when the person feels comfortable shooting them. Age isn’t a limitation on caliber size, in fact the oldest person in my non-scientific study chose the 9mm, and the second oldest has been a .380 fan for decades, and made her choice based on that, but appreciated the 9mm.

The size of a compact .32 was universally appreciated, but experienced shooters who could make other choices tended to opt for a .380 or 9mm. When choosing the .32, physical ability to handle recoil played big a role, as did the tiny size of the Kel-Tec. While the .32 can be very accurate, it typically lacks stopping power compared to other, larger calibers common in pocket guns. When you make the choice to buy a pocket gun for discrete concealed carry, there is no one correct answer. I’m physically capable of shooting large magnum revolvers, and regularly do so. But I gravitate to .32’s like a moth to a flame. If you favor easy shooting and accuracy over raw power, then it is an ideal gun, if you understand and accept the limitations that come with the round. Remember, having a gun is better than no gun, and there is no need to force yourself to carry a bigger gun if you are uncomfortable doing so. The .380 pocket gun rules the market for good reason. They are an ideal compromise between size, power and recoil. Many compact versions exist, and they’re easy to carry, and easy to shoot for most people. The market is awash with them, and they are incredibly popular with first-time gun buyers, as well as novice and skilled concealed carriers alike. While they have a strong bark, they also have a strong bite, and work well for self defense. 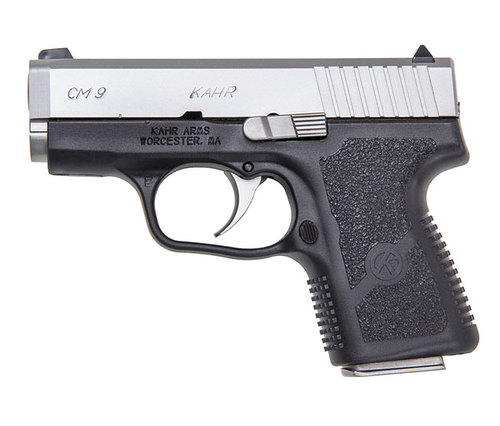 The same argument goes for the 9mm pocket guns, although they tend to run a bit larger than their .380 cousins. The ammo is widely available, there is incredible choice in bullet types, and the cost per round is lower than the .380. The main tradeoff here is the size of the gun, but at the same time, with several double stack models available holding 10 or more rounds, there’s something to be said for the increased choices in ammo capacity.

Choosing the right concealed carry pistol can be difficult and is always a highly personal one. Competing calibers, models, personal and professional opinions, physical ability, skill as a shooter and even culture all influence your choice of handgun.

If you’re a novice shooter, it can be even more difficult to make that first choice. Key to choosing a gun is what feels good in your hand, what you can handle, and what best fits your carry needs. There are plenty of options out there, and you can find an answer by simply balancing budget, skill, ability and comfort. And remember, having a gun is better than having no gun at all.