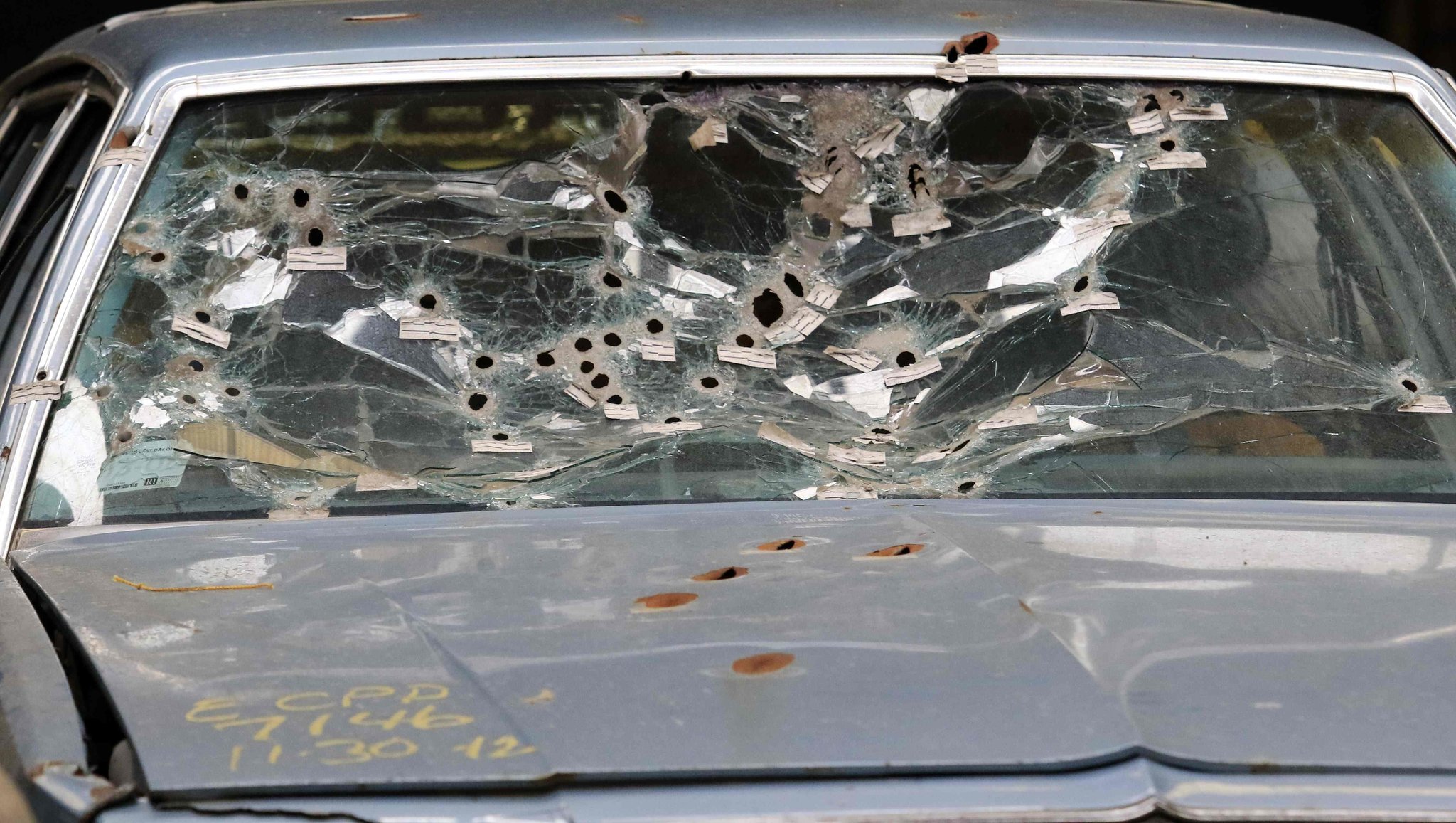 Michael Brelo, a Police Officer in the Forest City, was acquitted of charges of manslaughter stemming from a 2012 incident that resulted in the deaths of Malissa Williams and Timothy Russell. According to the decision written by Judge John P. O’Donnell, the encounter that night began when an officer pulled over by a Cleveland patrolman who saw Russell turn left without signaling after observing Russell do a possible drug deal at a nearby homeless shelter . . .

[Officer] Jordan got out of his car and called to Russell to turn off the Malibu. Before even approaching Russell’s car Jordan saw the fornt seat passenger, Melissa [sic] Williams, turn around and heard her screaming “why the fuck [are you] bothering us?” and “what the fuck did we do this time?” Already weary because Williams was acting “really crazy,” Jordan decided not to pursue the stop…. But before Jordan could end the traffic stop, Russell sped away….

Two blocks later, two other Cleveland police watched the ’79 Malibu speed past, accompanied by what sounded like a gunshot, which turned out to be the start of a French Connection-esque chase through the streets of Cleveland:

The pursuit of the Malibu by Cleveland police that night would ultimately last 22 minutes over the same number of miles, involve about 62 police cars and over 100 officers from several law enforcement agencies and end in a middle school parking lot in East Cleveland with Russell and Williams shot dead by police….

Over those 22 miles Russell ignored more than 100 stop signs and red lights. He exceeded 120 mph. He evaded two attempts by a police car to force him to stop. He sideswiped another police car. He drove over a sidewalk into a pizza shop parking lot and then out of the lot over another part of the sidewalk.

The pursuit–dangerous from the start–neared its climax when Russell turned right on Wymore from Euclid. Wymore runs south past Terrace Road, after which it narrows and becomes a dusty driveway to the parking lot-of East Cleveland’s Heritage Middle School. As the driveway that Wymore became opens up a driver has two choices: a hard right turn onto a road that serves as the entrance and exit to the school lot or a curving right turn onto a road at a higher elevation that goes behind the school to Beersford Road, which goes down to Terrace and up into Forest Hills Park. Russell opted for the first, leaving him with came in: down a road that, seen from above, looks like the barrel of a gun.

Russell raced into that gun barrel and swerved around and up onto an island of grass with a streetlight on it. He drove straight at Wilfredo Diaz, a police of?cer who jumped out of his car to try to arrest Russell when the Malibu appeared stuck on the grass island’s curb. As Diaz dove out of the way he fired three shots at the Malibu. Still the car accelerated down the driveway, straight at Brelo and Moore in car 217, about half a football field away, and past at least two other police cars.

At that point nearly a dozen police officers were firing and Brelo, seeing the Malibu coming directly toward him and thinking its occupants were shooting at him, fired several shots from [his car’s] driver’s seat through the windshield…. Still firing, he leapt out of the car to avoid being trapped and killed inside it. He took cover behind zone car 238 about ten feet to his left. By this time the Malibu had stopped either because the brakes were applied or because it collided with [car] 238 with the engine still on. At the rear bumper of 238, Brelo feared Russell would accelerate and pin him under the police car so he clambered onto the trunk of 238 either just after or just before he loaded the third of his 17-cartridge magazines into his city-issued Glock.

By then over 100 shots had been fired (though neither Brelo nor any other police officer knew that none of them had come from the Malibu), the car was still running and Russell and Williams appeared to Brelo to still be moving. So Brelo, afraid for his life, stepped onto the Malibu’s hood and fired the night’s final 15 shots through the windshield. He stopped shooting with two rounds left in the gun then hopped to the ground, reached through the Malibu’s shot-out
driver’s window, turned off the ear and tossed the keys to the base of its bullet-riddled windshield.

It isn’t clear why Williams and Russell decided to flee when the 5-0 hit the sirens. I haven’t seen any indication that they were specifically up to no good at the time that they came to the attention of the local constabulary. That said, Cleveland.com reported at the time that both Russell and Williams had extensive rap sheets. Russell was a repeat offender whose past convictions included counts of domestic violence, receiving stolen property, robbery, and a couple of ‘failure to comply’ charges (apparently the charge used in the Buckeye state when people try to flee the cops. Williams, on the other hand, had a bevy of convictions on drug charges, as well as one on a count of attempted abduction. Reports from their autopsies indicate that both tested positive for cocaine.

One thing also appears to be clear: neither Williams nor Russell had a firearm. That by itself, of course, doesn’t mean that they were ‘unarmed’; 3,000 lbs. of automobile — even a fourth-gen Malibu — can be a very effective weapon. “Unarmed” is the word being bandied about in the traditional media when talking about this case.

Ultimately, Judge O’Donnell found Brelo not guilty of manslaughter in a bench trial (meaning that in this case, the defendant specifically waived his right to a trial by jury, preferring instead to be tried by a judge.) The Judge found that it was not possible to find beyond a reasonable doubt that Brelo fired the round(s) that caused the death of Williams or Russell. Moreover, he also held:

I find by a preponderance of the evidence that Brelo’s decision to use deadly force against Russell and Williams was based on probable cause to believe that htey threatened imminent, serious bodily harm to him and otheother officers, not to mention the public. I therefore find that his decision to use force was constitutionally reasonable.

This doesn’t mean that the case is over. A local Cleveland Congresswoman decried the verdict, and the Department of Justice announced that it’s looking into the case as well. No doubt a civil case will be waiting in the wings, too.

It is clear that the relationship of Cleveland’s police with the residents of that city has seen better days, exemplified by the Tamir Rice case. Because of that, this decision will have political overtones. But with all that said — and in spite of my own inclination to view skeptically anything said in matters where police use violence against a citizen — I’d say that given the facts here, Judge O’Donnell came to the correct decision.