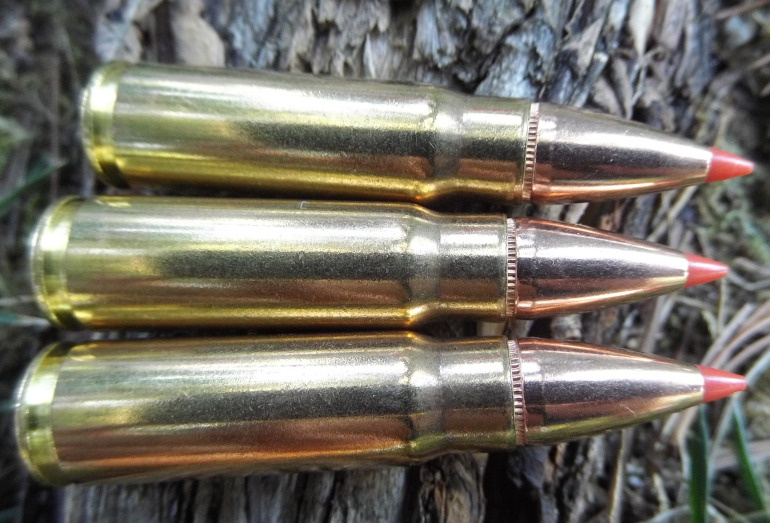 The 7.62x39mm cartridge is one of the most common rifle rounds on the planet. If you’ve not heard of the cartridge, you’ve probably heard about one of the rifles that fires it: the AK-47. The popularity of the AK series rifles comes as a result of the collapse of the Soviet Union and the worldwide proliferation of the USSR’s suite of small arms. Today we will be taking a look at this legendary cartridge and what it offers. It’s going to get a bit complex, so let’s dive right in.

The 7.62x39mm is something of mixed bag on today’s market. The old days of $300 AK rifles are over. They’ve been replaced with a glut of AR-15 rifles that have reached a saturation point unlike anything we’ve ever seen. Good AK rifles are now American made and frequently better in many ways than their commie-made grandfathers.

When I was younger I never would’ve imagined a day when I had to pay $1,500 to get a good AK. I also never imagined that I would be able to snatch up an AR for under $400, but I find cheap ones for less all the time. This rifle question is an important part of the 7.62x39mm cartridge as it is, even today, tied to the popularity of the AK rifle system. It’s truly a case of ‘for better or worse’.

So why would a person look at the 7.62x39mm instead of other options today? With .223 being pretty much equal in price and 300 Blackout offering nearly identical ballistics in an AR platform, does the old Russian still have a chance? It sure does, but it’s tricky.

Long ago, I wrote an article here titled, AR vs. AK: Why the 7.62×39’s Time has Come. I re-read it while writing this piece today and was surprised by how accurate my youthful self was. My writing quality was a bit iffy then (it still is according to some of you), but that article is, remarkably, still collecting comments six years later. I like that because I know that people love talking about it, regardless if they consider me right or wrong

In the time since I wrote it, we’ve seen the continual explosion in the popularity of the 300 Blackout, the challenges of foreign import shortages, and a gradual decline in the popularity of the cheap AK rifle…all things I somehow predicted would happen. I’ve made some incorrect predictions before as sinless people here love to point out, but my first article on TTAG still holds up after all this time. So why would I believe that an ‘endangered’ cartridge is worth investing in today considering I felt that it’s time had come on the American market back in 2012? Keep reading, my friends.

In that old article I theorized that the driving force behind the 7.62x39mm was cost and cost only. I saw it as a cheap cartridge offering good power that could be fired by cheap and reliable rifles. Today the scene has changed and it has changed for the better.

The quality of the AK rifle has gone up substantially in the last few years, with many being made right here in America on precision machinery. The ammo cost hasn’t changed much in the last six years, not counting inflation, so the affordability is still there.

The beginner out there looking at 7.62x39mm rifles has to understand that this relationship is what keeps this cartridge alive. The American shooter who owns an AK rifle rarely fires the good brass stuff through it. There will be some guy reading this who only shoots $2/round ammo, but he’s crazy. The average shooter wants that $0.20/round ammo and he wants lots of it. Unfortunately that means he’s tied to foreign imports, which can stop with no warning, thus spiking the price and decreasing availability of the ammo.

It’s my opinion that the recent ammo shortages and resulting dry spells have actually improved the quality of 7.62x39mm rifles. With fierce competition in price from .223 and power from the .300 Blackout, the quality of the rifles simply had to rise to stand out.

In a world where the gun is $300 and the ammo is $0.78 a round (Federal 124gr at the time of this writing), you won’t sell very many guns. People don’t want cheap guns with expensive blasting ammo. What people want is durable, reliable investments that will stand the test of time and can fire ammo of any quality.

Some of the best 7.62x39mm AK-style rifles made today come from Arsenal, Century Arms, Atlantic Firearms, Rifle Dynamics, Krebs Custom, IWI and many, many more. There is also a market for custom AK rifles, with many being local build clubs.

Popular non-AK rifles chambered in 7.62x39mm include the Ruger Mini 30 (TTAG review coming soon), CMMG Mutant, CZ’s model 527 (a great bolt action rifle), and the SKS. These are all good guns and some are very, very accurate.

While we’re on the topic of accuracy, we need to understand that the 7.62x39mm’s accuracy is in fact, not fiction. The cartridge is quite accurate in an accurate gun. I’ve fired a CZ 527 that thought it was a custom .308 Win at 500 yards. We were using handloaded ammo that day with match brass and it was awesome.

I’ve also fired some junk AKs that couldn’t hold 15” at 100 yards with steel-cased fodder. Today’s milled receiver and custom AKs like the Century C39V2 will hold about 2” at 100 yards with good ammo and about 3-4” with cheaper stuff. It just depends on what quality you want to invest in here.

In regard to power, the 7.62x39mm falls between 300 Blackout and .30-30 Win with some overlap. It’s a very adequate cartridge for deer-sized game and hogs, with ammo like the Hornady SST pictured in the photo above being ideal. This ammo can be expensive relative to other 7.62 offerings, but it shoots great and is very, very accurate in most guns. The Ruger Mini 30 really loved it, but you’ll have to wait to see how it does in the upcoming review.

At the end of the day, I still have mixed opinions about the 7.62x39mm. This is one of those rounds that has so much more going on with it that you may never get the full picture. It’s very popular, but vulnerable to import restrictions. It’s quite accurate, but isn’t often fired from accurate guns. It’s powerful enough for most medium game, but is often a second choice to better-suited cartridges.

To fully grasp the 7.62x39mm is to be a student of history, current politics, mechanical tolerances, and basic economics. It’s a great cartridge and always will be. It has moved and even helped create nations. In a way, it shaped the world map as we know it far more than nuclear weapons ever have. If you pick this as a cartridge, you could certainly do a lot worse. Today is a good day to be a 7.62x39mm owner.