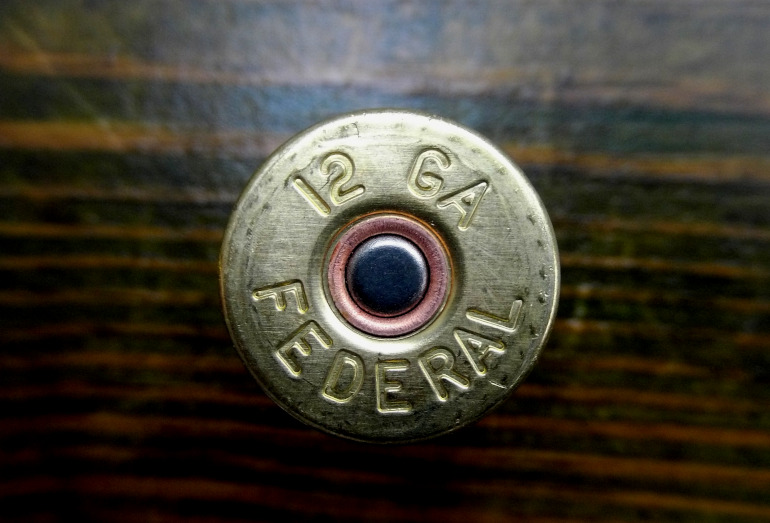 Many a tyke got their first taste of a ‘real gun’ when they put dad’s slug gun to their shoulder and under the old man’s supervision, pulled the trigger. The awakening, for so many poor, innocent younglings, came rudely.

Every November I get to watch little kids wearing puffy coats and gloves struggle to see through cheap scopes and hold steady while being poorly coached by what seems like every male relative in the family…simultaneously. For some reason, it’s a time-honored tradition in many families to subject unwitting children to a 12-gauge blast.

Ah, yes, the 12 gauge. There may be no other cartridge that has brought so many children to tears. In this series, we’ve looked primarily at pistol and rifle cartridges, but it’s time to move on to smooth bore rounds.

The shotgun is a tool that almost everyone has used at one time or another. That’s because it’s able to fill almost every role that is demanded of a firearm: hunting birds and beasts, self-defense, warfare, law enforcement, law breaking, and sport shooting (including sporting clays, 3-Gun, trap and skeet). It even serves well in less-lethal roles such as crowd control.

The reason behind the continued success of the 12 gauge above other shotgun cartridges is that it occupies a very sweet spot in terms of power, recoil, and types of payload available. Unlike rifles shotguns — I know there are a number of exceptions here, so take it easy in the comments — typically don’t fire single-piece projectiles that have spin imparted on them by rifling.

Most shotguns are smoothbore, meaning that the barrel has no rifling grooves cut into it to impart projectile spin. A notable exception to this is that some shotguns have rifled barrels, but aren’t classified as rifles. Maddening, I know. The 12-gauge cartridge has been loaded with almost anything you can imagine putting in it from birdshot, buckshot, slugs, beanbags, rock salt, incendiary shot, nail-like flechettes, noise-making blanks, and much, much more. Even spices so the game on your plate is tastier.

The versatility of the 12 gauge bore makes it a prime contender for innovation and widespread acceptance of new designs. Novelty 12-gauge ammo even makes a great gift around the holidays.

Excellent guns are available from a world-wide array of makers. Shotguns haven’t seen the same prejudice and persecution as some rifles and pistols in most countries and civilian ownership is relatively common across much of the world, and are sometimes not as severely regulated. This speaks to the fact that even in countries that routinely abuse their citizens, the utility of the shotgun simply can’t be denied.

Common, hard-use American shotguns such as the venerable Remington 870 and Mossberg 500 are usually the first that come to mind when one thinks of a 12-gauge. These are pump-action guns and hold anywhere from three to eight rounds.

Other shotguns that are in common use, although more expensive, are break-action double-barrels and semi-automatics. The double guns are what many sport shooters use for clays, most commonly in an under/over configuration where the barrels are one atop the other instead of side-by-side. It could be argued that there’s no finer bird hunting gun than a double-barreled 12-gauge.

The beginner shouldn’t take the 12-gauge lightly. Despite the fact that they’re extremely common and can be quite inexpensive, they’re extremely powerful and can make for a bad day at the range for beginners. The 12-gauge is many things, but it’s rarely called forgiving, especially to the unaware.

What the beginner should know who’s going into shotguns is that there are many other options besides 12-gauge, such as 20-gauge, 28-gauge, and .410. The only problem with these is they aren’t in the same power class as the big Number 12 and typically have reduced range and shot density. The 12-gauge is arguably the best shotgun chambering for 98% of all users, types of hunting and sport shooting scenarios.

The big problem for a beginner with 12-gauge is, of course, recoil. Some of you may scoff at this notion, and of course there are reduced-power loads, but the 12-gauge is powerful and has a long learning curve.

Most slug guns are ungainly when compared to rifles and generate much more noise and blast. This is a consideration where young hunters are concerned. A better choice than Gramps’ old Winchester might be something like a Ruger bolt action or a Henry lever gun in .44 Magnum, which weighs substantially less and generates far gentler recoil and less noise.

Good mass market shotguns are made by a huge number of companies such as Remington, Mossberg, Browning, Winchester, Franchi, Beretta, Benelli, Stoeger, Kel-Tec, and many, many more. It’s even possible to find historical shotguns in good condition. There’s a substantial market for trench guns and other war-used shotguns.

Some 12-gauge guns command ultra-premium price tags on the collector’s market. One of the world’s greatest gunsmiths is located in my city of Grand Rapids, Michigan. Bachelder Master Gunmakers is the world’s sole leader in restoration and sales of the legendary Parker gun.

If you don’t know the Parker gun or haven’t had the chance to see or hold one in person, I don’t fault you. They are quite valuable and regularly go for upwards of $10,000-$40,000. I have had the opportunity to visit their facility several times and it’s always like a trip to the candy shop.

Rarely do rifles ever climb as high in overall value. And that’s just the Parkers. Custom English guns from Boss, Purdey and Holland & Holland go for well into six figures.

Ammunition for the 12-gauge can be had from a dizzying number of makers including Remington, Winchester, Federal, Hornady, Rio, Fiocchi, Estate, S&B, Wolf, Herter’s, and many others. Particularly notable modern 12-gauge models include:

Remington 870: As mentioned, this is an American classic that millions rely on for daily use. You can get more expensive guns, but most hunters will never wear one out.

Mossberg 500/590: Another very widely owned, widely available gun that’s often sold for just a few hundred dollars. That said, the Mossberg sees hard use and is fielded by dozens of military groups and combat units. It is a rugged, reliable gun that serves both the hunter and soldier.

Benelli M4: This is military shotgun that has seen considerable use in combat. Unlike the others here, it’s a semiautomatic. This gun is on the expensive end, but it isn’t even close to the cost of collector guns. The standard model has rifle-like iron sights and other cool features.

Kel-Tec KSG: Call of Duty fans will instantly recognize this unusual-looking bullpup gun. The KSG is a pump-gun that has dual magazine tubes and a downward loading/ejection port. The compact overall length makes the KSG a great home-defense weapon. The design has had some criticism over the years, but it is refined now and quite reliable. It may surprise some, but it is available in a design that holds an entire box of 25 shells.

The 12-gauge shotgun is a modern staple across the world. It can be had at almost every store that doesn’t cater to SJW’s and can probably be found in a large percentage of the garages and barns in America. The utility of the 12-gauge is absolutely undeniable and every shooter can do themselves right by learning how to use one. It isn’t really the best beginner’s hunting gun, but is more often than not the gun that lots of people start with.