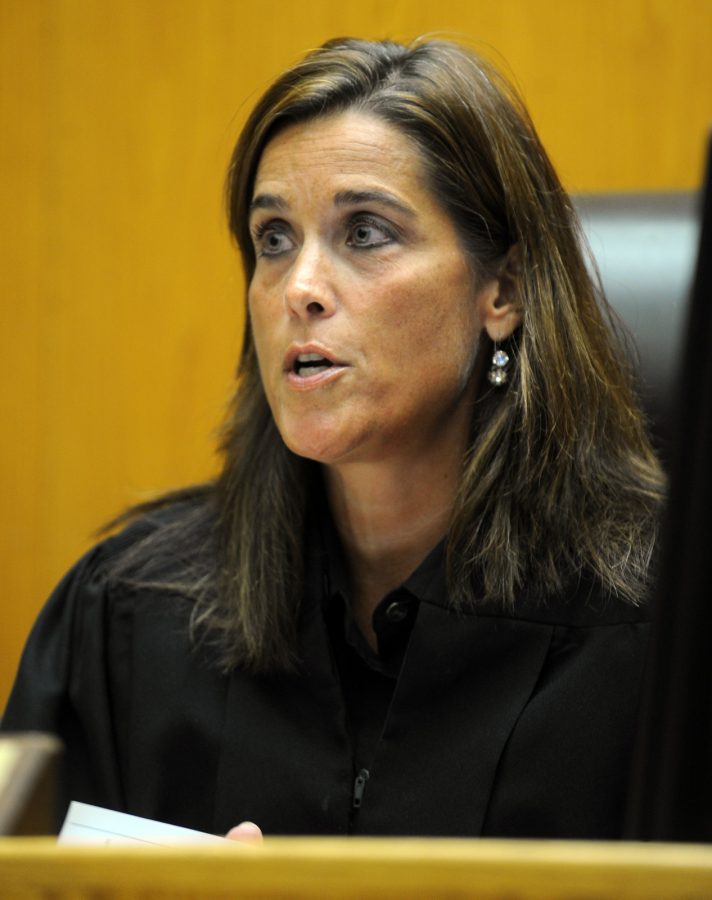 “Families of those killed in the Sandy Hook school shooting can continue to pursue their lawsuit against gun manufacturers,” cnn.com reports. “Judge Barbara Bellis denied Bushmaster Firearms and Remington’s motion to dismiss the case. The firm representing the families hailed the ruling as a victory. However, the ruling does not prevent gun makers from appealing and filing a new motion to strike the case.” Here’s something about Judge Bellis that you may find surprising [via ctpost.com] . . .

The 52-year-old Bellis, a product of Catholic schools, was born in Toms River, N.J. She graduated from Boston College in 1983, where she majored in classical studies and economics, receiving the Max L. Weiner Award for outstanding classics scholar. She received her law degree at Catholic University in 1986.

She lives in Shelton and is married to Stephen Bellis, a New Haven wrongful-death and medical-malpractice lawyer.

Following law school, Bellis joined the law firm of Flanagan, Mulvey, Oliver, Gould and Riccio in New Haven, where her practice focused on civil litigation, insurance defense and plaintiff’s personal injury cases. She became partner in the firm in 1994.

Huh. The Judge grew-up in a state where gun rights go to die. And she’s married to an ambulance chaser. And you might say she dabbled in a similar legal vein before her judicial appointment. Who knew?

But I bet you could have guessed Hillary Clinton’s official statement on Bellis’ ruling. The presidential candidate called it “an important step forward for these families, who are bravely fighting to hold irresponsible gunmakers accountable for their actions.”