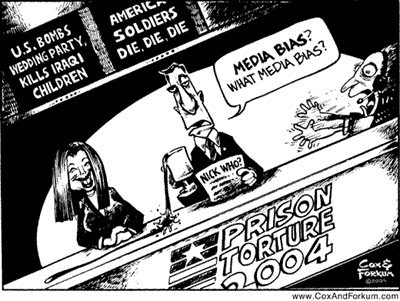 What if you had the power to change history? What if you could influence the future? How ’bout an election or two? Let’s assume that’s possible for the nonce. Would you use that power for good or evil? Would having the power corrupt you, sooner, later, or eventually? And here’s the kicker – would you know if you had it, and if you knew, would it make any difference in your behavior? That’s a lot of what ifs. But that’s the price you pay for reading a book that can turn conventional wisdom on its ear, as does Left Turn, a book by the Marvin Hoffenberg Professor of American Politics at UCLA, Professor Tim Groseclose. But the more interesting question the book raises, is how does this affect the fight over our 2nd Amendment rights?

Full disclosure(s): I am a Conservative. And I know the author, in fact, I’m the guy that built his website. Oh, and in the first few pages, Tim gets his own bias out-of-the-way, he freely admits to being a Conservative. But he’s also a respected professor of both Political Science and Economics. And some years back, it occurred to him that there might be a way to objectively quantify not just the existence of bias in the media, but to determine the degree to which that bias exists in a given media outlet.

Now for just a moment (and before you ready the tar and feathers), this is NOT going to be yet another “Obama is evil” or “Progressives are what is wrong with America” diatribe. Nope. I’m going to try to play this one straight down the middle. And feel free to hold me to task, if you feel I don’t give BOTH sides a fair shake here. Having said that…

Opinions are like…um, sphincters. Everybody’s got one or two. And our opinions are formed by our experiences, the people with which we associate – our friends, families, teachers, co-workers – and (to put things in computer terms) our input sources. Data in/opinions out. It’s just this side of indisputable, for instance, that if you live with a bunch of hamsters, say, you’d be far more attuned to stories about hamsters, more aware about animal abuse stories, and more in tune with others who have similar backgrounds. Agreed?

Politics works the same way. Grow up in a blue-collar part of town, you’re likely to vote more in tune with your neighbors. But our opinions are shaped by more influences than just our friends and families. The media (in all it’s forms) accounts for some serious influence all by itself.

It’s like this: Lets say some politician wants to build a park and playground in your neighborhood. That’s good, right? Maybe. What if they want to build it next to your backyard? Or they want to use eminent domain to take your family homestead? Well, that’s different, right? So let’s acknowledge there can be at least two sides to every story. Let’s see if we can agree on this: the way we first learn of a story, person, or issue can color our perceptions. Let’s go back to the park issue.

If the first time you heard about the park was on the evening news, and the lede went something like “The city revealed plans today to raze an aging neighborhood for a much-needed area park, playground and recreation area, rejuvenating our city and bringing jobs to the area.” I think it’s safe to say that most people would get behind that as a good thing. The story interviews some people in the area, a developer, and a city councilman. They’re all for it. They give about 30 seconds of air time to one nay-sayer, someone who will lose their home in the deal. But the tacit message the story communicates is that this plan is a good one, good for the city, neighborhood, and the children. Mustn’t forget the children.

But what if the first time you hear of this deal, it’s in the neighborhood weekly, a publication that generally takes a contrarian view of city politics – the stereotypical “alternative news weekly.” In this publication, they question the motives behind the deal, either implying or outright stating that the deal stinks to high heaven, and that the council, the developer and the mayor all in on this together, the fix is in, and hundreds of hard-working, blue-collar folks will lose their homes to The Man. Oh, and they cite a bunch of senior citizens that will be turned out into the cold. Mustn’t forget the old folks.

Your perception regarding this story will largely at least start with where you hear the news. Hear it on TV, it sounds like a great deal. Read it in the alternative paper, and it’s another example of political corruption and crony capitalism at it’s worst. Many people stop there, form an opinion and don’t see a need to change it. Some will do their own research, or read/listen to multiple sources. Others will find their lives touched by the deal directly (workers applying for construction jobs, homeowners faced with the loss of their property, etc.).

So by this example, you can see where the spin the media outlet puts on the story can affect the way the news is perceived by the public. In an ideal world, the news media would separate “opinion” and “editorial” from “news” and “facts.” In the real world, this never happens. (I’d say “rarely” but let’s be honest here, shall we?) So since at least SOME bias is a fact of life from every media outlet, the next best thing would be to know how much a given media outlet is biased, in which direction, and by how much.

This is where Groseclose’s book performs an invaluable service. The good professor has taken an analytical methodology which was designed by a fellow professor (who happens to be a Left-leaning academic) and used it on media outlets to determine their bias. Brilliant. It begs the question (sorry Magoo…I just had to), if our opinions are formed and influenced by the media, and the media is biased (but we can’t recognize that bias), then how can we tell if our opinions are biased, with or without the media?

See, the thing is, if you apply the same, open standard to everybody, you can get a baseline for who’s on which side and by how much. I don’t need to tell you, this makes for some fascinating conclusions. For instance, I’ll bet you knew, instinctively, that MSNBC was one of the most liberal media outlets in broadcasting. But did you know, for instance that ABC News is just a little left of center, and that Fox News is not nearly as uniformly conservative as most people believe? Or that USA Today and the Drudge Report are pretty much in the Center? Yep. It’s true. At least if you go by the data Groseclose presents, and he makes a pretty compelling case.

But it’s the conclusions he draws from this data that interest me, vis-à-vis gun rights. You see, Groseclose argues that, collectively, the media not only skews leftward by 20 to 25 points on his bias scale, but that this bias has influenced the outcome of elections by that same 20 to 25 points. To put it in simpler terms, Groseclose concludes that if the media were actually neutral, the country would vote (sans the bias) in approximately the way Texas votes now, factoring in that media bias.

Think about the implications to this. Just looking at a snapshot of one election, that would have given McCain the Presidency. (Of course, I’d argue that, without media bias playing a role in who wins the nomination, Obama might have faced Mitt Romney, Fred Thompson or Mike Huckabee instead of John McCain.)

The implications for gun laws are staggering. If we are electing politicians that are 20 or 15 points more liberal in every election, what do you think that’s doing to our gun laws? My gut tells me we’d have so-called “Constitutional Carry” in every state, and an end to laws creating “gun-free zones” across the land. Of course, places like New York, Chicago, LA, San Francisco and Honolulu will always skew to a more liberal mindset than the Lands of “Flyover Country.” But were Chicago, say, 20 points less liberal, you might see an entire state with less restrictive gun laws.

Note, please, that I’m not saying media bias is, in and of itself, evil. It’s a fact of life. What IS evil, however, is when the media claims to be neutral, but is in fact biased. Doesn’t matter who they carry water for, left or right. Bias is distortion, and distortion is wrong. The only effective way to fight that bias is to recognize it exists and to try to determine how much is out there, so we can filter what we hear, see and read, factoring in that bias recognition, so we won’t be quite so influenced by bias (at least not without a fight.)

At this point, I’ll bet many of you are reading along, thinking, “Well, that bias stuff…that only affects other people. I don’t let media bias influence my decisions.” No? Well allow me to challenge you to a little test. Go to http://www.timgroseclose.com/calculate-your-pq/ and take the quiz. The score you get might surprise you. (Mine was statistically a zero, which puts me at the far right of the political spectrum. Surprised? I didn’t think so.) You can then click over to the “Famous PQs” page (PQ = Political Quotient) and see how your number compares with some famous representatives and senators.

Amongst all the talk about Heller and McDonald, it’s worthwhile to take a step back and ask ourselves, how different a nation would we be without media bias. I don’t like being lied to. And I don’t like spin. I’m perfectly capable of making up my mind on my own, thank you very much, without a biased media – on EITHER side – trying to influence my opinion with their bias.

Read Tim’s book, and I think you may come to the same conclusions I did, and start thinking about ways we might be able to end the undue influence of media outlets on our political process. I’m not suggesting a return to the so-called “Fairness Doctrine.” That’s a cover for the party in power to squelch dissent by the other side. Nope. I think we need a little sunshine here, and get people both inside and outside the media to take off their rose-colored glasses and look at the media beast we are allowing to determine our futures.