The Truth About Guns
Home Quote of the Day After The Ma’Khia Bryant Shooting, Why Would Anyone Want to Be a...
Facebook
Twitter
Pinterest
WhatsApp
Email 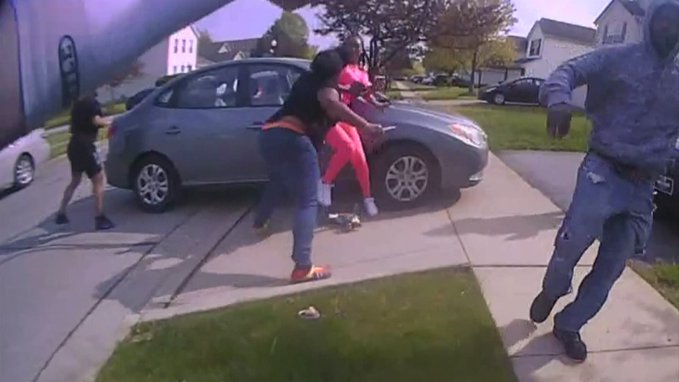 The morning after Ma’Khia’s death, I could barely get out of bed. The heavy, haunted feeling had returned. And with it, a single thought: I’d been in Ma’Khia’s position before, dealing with violence in my own home, and I could’ve easily wound up just like her.

Already, people are viewing the body camera video of the teen wielding a knife and using it to rationalize or justify the police’s deadly use of force against Bryant. Yet police treated Kyle Rittenhouse, a white teenager carrying a far deadlier weapon openly in the streets after killing two people, with kid gloves, not arresting him and even giving him a water bottle. For such people, only the “perfect” victim is worthy of justice, and to them, images of Ma’Khia with a knife prove she deserved to die.

— Tiffanie Drayton in I could have been Ma’Khia Bryant

The Ohio Bureau of Criminal Investigation is now looking into the fatal shooting of 16-year-old Ma’Khia Bryant at the hands of Columbus Police.

WARNING: The video is disturbing. pic.twitter.com/R3055V28Vz

New video from a different angle shows the moments leading to the fatal shooting of Ma’Khia Bryant when she was lunging at another woman with a knife
pic.twitter.com/h6kqFntb5Z A Black teenage girl named Ma’Khia Bryant was killed because a police officer immediately decided to shoot her multiple times in order to break up a knife fight. Demand accountability. Fight for justice. #BlackLivesMatter.

The White House addresses the killing of 16-year-old Ma’Khia Bryant:

“We know that police violence disproportionately impacts black and Latino people and communities and that black women and girls, like black men and boys, experience higher rates of police violence.” pic.twitter.com/DSDr3NGsNL

the same day we “celebrate” a verdict for another loss that should’ve never happened, a Black child is murdered.

ABOLISHMENT IS THE ONLY ANSWER.

There were at least four cops on the scene when Ma’Khia was shot. Only one thought to pull out his gun and start firing. None of the others thought that was appropriate. You may think it’s obvious that she had to be shot but 3 out of the 4 officers who were there disagree.

Teenagers have been having fights including fights involving knives for eons. We do not need police to address these situations by showing up to the scene & using a weapon against one of the teenagers. Y’all need help. I mean that sincerely.

LUNACY: Juan Williams claims that the Columbus police officer should have fired his gun into the air or a bullet off to the side to distract Ma’Khia Bryant in hopes that she’ll stop what she’s doing and wouldn’t stab the girl in pink pic.twitter.com/qxOY04wKFi