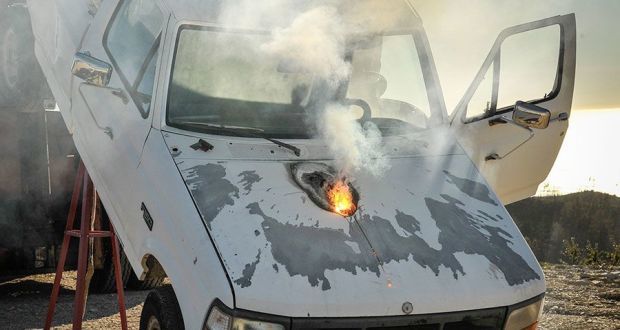 By Eric Pickhartz via wideopenspaces.com

We all knew this day would come: now we have laser weapons that can do some serious damage. Lockheed Martin just announced that their latest prototype, the ATHENA, has registered the highest power ever documented by a laser weapon of its kind . . .

ATHENA, which stands for Advanced Test High Energy Asset, is a ground-based prototype system. On this occasion, it burned through the engine manifold of a pickup truck in a matter of seconds from more than a mile away. The truck was mounted on a test platform with its engine and drive train running to simulate a real world scenario. Uses for weaponry of this kind is both fascinating and terrifying. In the right hands, these laser weapons could change the world for good. But in the wrongs hands, the devastation could be unimaginable.

And as technological advances eventually do, laser weaponry may someday make its way to the private sector.